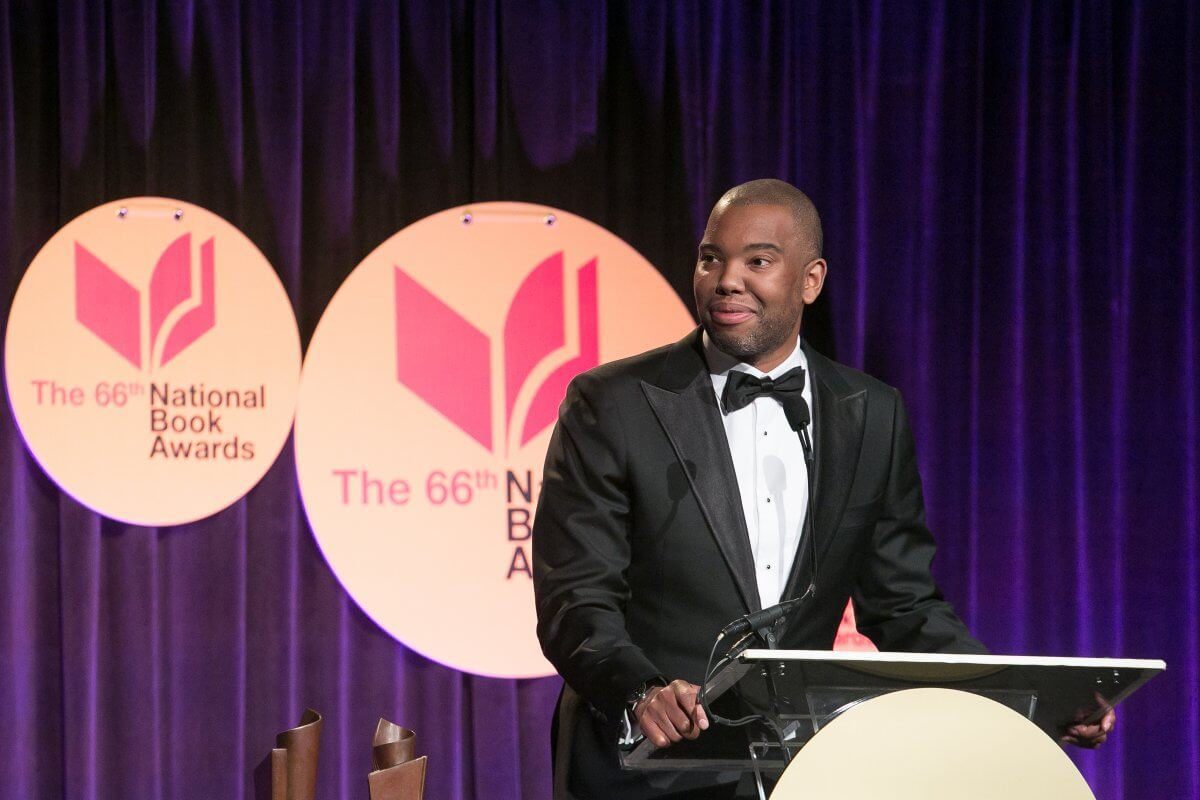 I have to do something very perfunctory and very silly. I have to thank my great friend Tom Fisher, who placed a stupid bet with me and only he will understand but now that I’ve done it: Thank you, Tom Fisher. You’re the only one that’s going to get this joke. My wife is here, Kenyatta Matthews. Thank you, Kenyatta. My parents are here, Cheryl Waters and Paul Coats. Thank you, Ma and Dad. My editor is here, Chris Jackson. Thank you, Chris. Thank you.

It is an incredible honor to be here. I think when people pick up books—and maybe some of the other writers in the audience will understand this—they see the finished copy, but they don’t see the five drafts of the book that you wrote. They don’t see the moment when you weren’t even sure it was actually a book. You know, when you thought, My God, if i can just make it to the finish line everything will be ok.

I was telling my buddy Tony earlier today, his book is coming out in February I believe, and I was saying, “You already won. You already won before the book even came out because you made it into a book.” And that’s such a beautiful, beautiful thing. As much as I hold that joy and I hold that happiness with me, the fact of Between the World and Me is that it comes out of a very, very real place.

When me and Chris began, you know, the odyssey of trying to pull this together—and if you saw the edits and the responses you would agree with me that it was in fact an odyssey—when we began that odyssey there was only one thing that we really had at the core of it. And that was the death, the murder, the killing of my friend Prince Carmen Jones.

Prince Jones was a student with me at Howard University. Howard University was a gathering place for black people. In the book we refer to it as The Mecca, and we call it the Mecca because you’d see black folks from all over the world, all over the entire diaspora, all from various socio-economic groups gathered in this one place. I never knew that being black could be such a big thing before I came to Howard University.

One of the people I met that expanded my notion of that was Prince Jones. And, you know, I often say that in the African American community we have this ethic of being twice as good, and if you looked up the notion of twice as good you would’ve saw the family of Prince Jones.

His mother Mabel Jones was born to a family of sharecroppers in dirt-poor poverty in Opelousas, Louisiana. Worked her way up, privileged education in her life, was an athlete in school, went off to LSU, became a doctor. Became the head of radiology at a local hospital. Served in the Navy. Did everything that America asked of her. Raised this beautiful boy, Prince Jones, who was an exceptional, exceptional student. Could have gone to Harvard, could have gone to Princeton, could have gone to Yale. But wanted to come Howard University.

He came to Howard University where I met him, and you know everybody says this about people after they die, but I tell you I’ve never met and individual that was just so filled with love and compassion.

I won’t tell you the entire story, because that’s why we wrote the book. But Prince Jones was killed because he was mistaken for a criminal. Prince Jones was mistaken for a criminal because at the heart of our country, is the notion that we are okay with the presumption that black people somehow have an angle, somehow have a predisposition towards criminality.

We’re in this moment where, you know, folks are recording on their phones. And everyday you put on the TV and you see some sort of violence being directed at black people. You see a young girl being flipped out of her chair and dragged across the floor in a school. You see somebody being choked to death. You see somebody reaching for their license and being shot, over and over and over again. And it keeps happening.

I have waited 15 years for this moment. Because when Prince Jones died there were no cameras. There was nobody else looking. The officer that killed him was not prosecuted, he wasn’t even disciplined by the police force. He was sent back out into the streets to work, as though nothing happened, as though Prince Jones’s life did not matter at all.

I’m a black man in America. I can’t punish that office. Between the World and Me comes out of that place. I can’t secure the safety of my son. I can’t go home and tell him at night that it’s going to be okay, you definitely will not end up like Prince Jones. I just don’t have that right. I just don’t have that power. But what I do have the power to do is to say you won’t enroll me in this lie. You won’t make me part of it. [Applause] That was what we did with Between the World and Me. That was what we did, Chris. It doesn’t make it okay, but it’s the thing, you know, I think allows to say that we are not enrolled in the lie. We are not part of it.

Thank you so much. This award is for Prince Jones.