June 29: Books due to Judges and NBF office 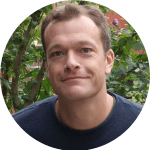 Chris Bachelder is the author of Bear v. Shark, U.S.!, and Abbott Awaits. His most recent novel, The Throwback Special, was a Finalist for the National Book Award. His fiction and essays have appeared in McSweeney’s, Believer, and Paris Review. He lives with his wife and two daughters in Cincinnati, where he teaches at the University of Cincinnati. (Photo credit: Jennifer Habel) 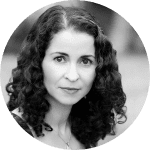 Chair – Laila Lalami is a novelist. Her most recent book, The Moor’s Account, won the American Book Award, was on the Man Booker Prize longlist, and was a finalist for the Pulitzer Prize in Fiction. She is a columnist for Nation and a critic-at-large for the Los Angeles Times. The recipient of Fulbright and Guggenheim Fellowships, she is currently a professor of creative writing at the University of California, Riverside. (Photo credit: April Rocha) 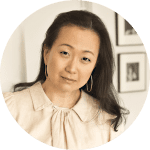 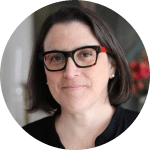 Laurie Muchnick is the fiction editor at Kirkus Reviews, and has been writing and editing book reviews for more than 25 years. Her career began at the Village Voice Literary Supplement, and as the book editor of Newsday and Bloomberg News. A former president of the National Book Critics Circle, her writing has appeared in the New York Times, Wall Street Journal, Washington Post, Los Angeles Times, Boston Globe, and many other publications. (Photo credit: Greta Mansour) 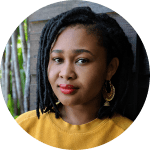 Chinelo Okparanta is the author of the novel Under the Udala Trees and the short story collection Happiness, Like Water. Her honors include two Lambda Literary Awards, an O. Henry Prize, and finalist selections for the International DUBLIN Literary Award and the NYPL Young Lions Fiction Award. She has been nominated for the Hurston/Wright Legacy Award as well as the NAACP Image Award in Fiction. In 2017, Okparanta was named one of Granta‘s Best of Young American Novelists. (Photo credit: Akwaeke Emezi) 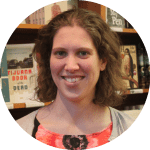 Rachel Cass is the head buyer at Harvard Book Store in Cambridge, Massachusetts. She became a bookseller in 2006, managed the award-winning Harvard Book Store author event series from 2011 to 2013, and became head buyer in 2013. Before becoming a bookseller, she pursued graduate work in mathematics, completing an MA in mathematics from Brandeis University in 2008. (Photo credit: Alex Meriwether) 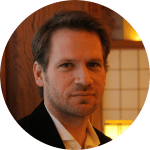 John Freeman is a writer, editor and anthologist. His books include The Tyranny of E-mail, How to Read a Novelist, and Maps, a collection of poems. He has also edited two anthologies on inequality, the latest of which is Tales of Two Americas: Stories of Inequality in a Divided Nation. The former editor of Granta, he teaches at NYU and edits the literary biannual Freeman’s. He is also executive editor of the Literary Hub. The former president of the National Book Critics Circle, his work has been translated into more than twenty languages. (Photo credit: Deborah Treisman) 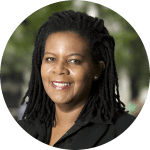 Chair – Annette Gordon-Reed is the Charles Warren Professor of American Legal History at Harvard Law School and a Professor of History in the Faculty of Arts and Sciences. She won the Pulitzer Prize in History in 2009 for The Hemingses of Monticello: An American Family. She is the author, among other books, of Thomas Jefferson and Sally Hemings: An American Controversy and (with Peter S. Onuf) “Most Blessed of the Patriarchs”: Thomas Jefferson and the Empire of the Imagination.  (Photo credit: Harvard Law School) 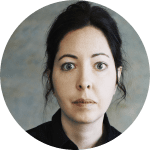 Sarah Mangusois the author of seven books including 300 Arguments, Ongoingness, The Guardians, and The Two Kinds of Decay. Her work has been supported by a Guggenheim Fellowship and the Rome Prize. She lives in Los Angeles. (Photo credit: Andy Ryan)

Andrés Reséndez is an author and professor of history. His recent book, The Other Slavery: The Uncovered Story of Indian Enslavement in America, was a finalist for the 2016 National Book Award, winner of the 2017 California Book Award in Nonfiction, and winner of the 2017 Bancroft Prize by Columbia University. He teaches courses on food and history, colonial Latin America, and Mexico. (Photo credit: Ray Johnston) 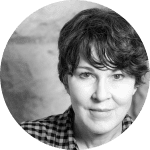 Chair – Mary Jo Bang is the author of eight books of poems, including A Doll For Throwing, Louise in Love, The Bride of E, The Last Two Seconds, and Elegy, which received the National Book Critics Circle Award. Her translation of Dante’s Inferno, illustrated by Henrik Drescher, was published by Graywolf Press. She has received a Hodder Fellowship, a Guggenheim Fellowship, and a Berlin Prize Fellowship. She teaches creative writing at Washington University in St. Louis. (Photo credit: Matt Valentine) 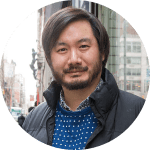 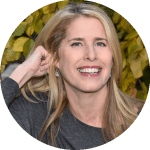 Elise Paschen is the author of The Nightlife, Bestiary, Infidelities, and Houses: Coasts. Her poems have been published in The New Yorker and Poetry Magazine, among other magazines, and in numerous anthologies. Former Executive Director of the Poetry Society of America, she is a co-founder of the Poetry in Motion program. A graduate of Harvard University and Oxford University, Paschen teaches in the MFA Writing Program at the School of the Art Institute and lives in Chicago with her family. (Photo credit: Jennifer Girard) 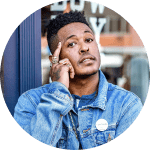 Danez Smith is the author of Don’t Call Us Dead, finalist for the 2017 National Book Award, and [insert] boy, winner of the Kate Tufts Discovery Award and the Lambda Literary Award for Gay Poetry. A Black, Queer, Poz writer and performer from St. Paul, MN, Danez’s work has been featured widely, including in the New York Times, Guardian, Best American Poetry, and on “The Late Show with Stephen Colbert.” (Photo credit: David Hong) 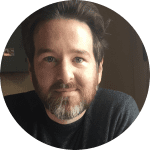 Stephen Sparks is co-owner of Point Reyes Books, an independent bookstore in Point Reyes Station, California. He is a board member of the Northern California Booksellers Association, a contributing editor at LitHub, and has served as a juror for the National Endowment for the Arts, the American Booksellers Association Indies Choice Book Awards, and other awards. His first book, Fog: an Object Lesson, is scheduled to be published by Bloomsbury in 2019. (Photo credit: Stephen Sparks) 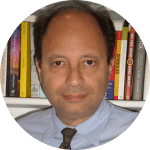 Chair – Harold Augenbraum is Acting Editor of The Yale Review. He is the former Executive Director of the National Book Foundation and was a Franke Visiting Fellow at Yale University. He has translated, among others, the works of José Rizal, Juan Rulfo, Cabeza de Vaca, J.Á. González Sainz, and the poetry of Marcel Proust. His most recent translation is the 1885 Filipino novel Nínay by Pedro Paterno, under a fellowship from the National Endowment for the Arts. (Photo credit: National Book Foundation) 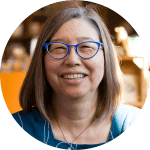 Karen Maeda Allman is Author Events Co-Coordinator at the Elliott Bay Book Company in Seattle. She has served on jury and awards panels for Hedgebrook, the Washington State Book Awards, the NEA Big Read Book Review Committee, the NEA Literary Translation Fellowships, the Kiriyama Prize, and the 2016 DSC Prize for South Asian Literature. She has worked in bookstores since 1989, and in 2017 won a Seattle Arts and Lectures Prowda Literary Champions Award. (Photo credit: G Shutt) 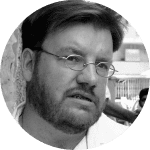 Sinan Antoon is a poet, novelist, and translator. He holds degrees from Baghdad, Georgetown, and Harvard, where he specialized in Arabic literature. His books include l’jaam, The Corpse Washer, The Baghdad Eucharist, and The Book of Collateral Damage (forthcoming from Yale University Press in 2019). His translation of Mahmoud Darwish’s In the Presence of Absence won the 2012 American Literary Translators’ Award. He is an Associate Professor at New York University. (Photo credit: Bassam Haddad) 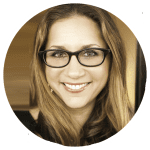 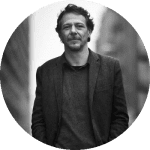 Álvaro Enrigue was a Cullman Center Fellow and a Fellow at the Princeton University Program in Latin American Studies. His work has appeared in many publications, including the New York Times, London Review of Books, and El País. Sudden Death, his most recent novel, was awarded the prestigious Herralde Prize in Spain, the Elena Poniatowska International Novel Award in Mexico, and the Barcelona Prize for Fiction. Enrigue was born in Mexico and lives in New York City. He teaches at Hofstra University. (Photo credit: Sonny Maya) 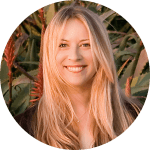 Chair – Robin Benway is a New York Times-bestselling author of six novels for young people. Her books have received numerous awards and recognition, including starred reviews from Kirkus Reviews, Booklist, and Publishers Weekly, and have been published in more than 20 countries. Her most recent book, Far From the Tree, won the 2017 National Book Award for Young People’s Literature. Robin grew up in Orange County, California, and is a graduate of UCLA. She lives in Los Angeles. (Photo credit: Lovato Images) 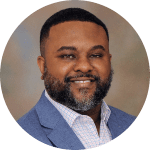 Lamar Giles is the author of the Edgar Award Nominated Fake ID and Endangered. His latest, Overturned, was a Kirkus Reviews Best YA Novel for 2017. He is a founding member of We Need Diverse Books, and a faculty member in the Spalding University MFA program. He resides in Virginia with his wife. (Photo credit: Christa Gitchell) 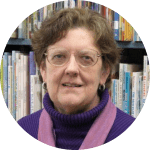 Grace Worcester Greene has worked with literature for youth all her professional life, first as a children’s librarian in Massachusetts, and then for twenty-seven years as the Youth Services Consultant at the Vermont Department of Libraries. In Vermont she oversaw the management of the state’s three children’s choice book awards. In addition, she has served on numerous book award committees, including the Caldecott, the Newbery, the Boston Globe-Horn Book and the Vermont Book Award. (Photo credit: Vermont Library) 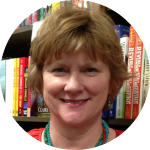 Valerie Koehler opened Blue Willow Bookshop in west Houston in October 1996. She was named a Champion of Literacy from Literacy Advance of Houston, and MPIBA Bookseller of the Year in 2011. She has served on the boards of MidSouthIBA, MPIBA, ABC, and ABFFE.  She is currently serving on the board of the American Booksellers Association. Valerie has a very patient husband and two sons successfully launched into the world. (Photo credit: Blue Willow Bookshop) 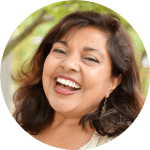 Mitali Perkins has written several novels, including You Bring the Distant Near, Rickshaw Girl, Bamboo People, and Tiger Boy.She was honored as a “Most Engaging Author” by booksellers and a “Literary Light for Children” by the Boston Public Library. Mitali was born in India before immigrating to the United States. She also lived in Bangladesh, England, Thailand, Mexico, Cameroon, and Ghana, studied at Stanford and Berkeley, and resides in the San Francisco Bay Area. (Photo credit: Bethany Carnes)