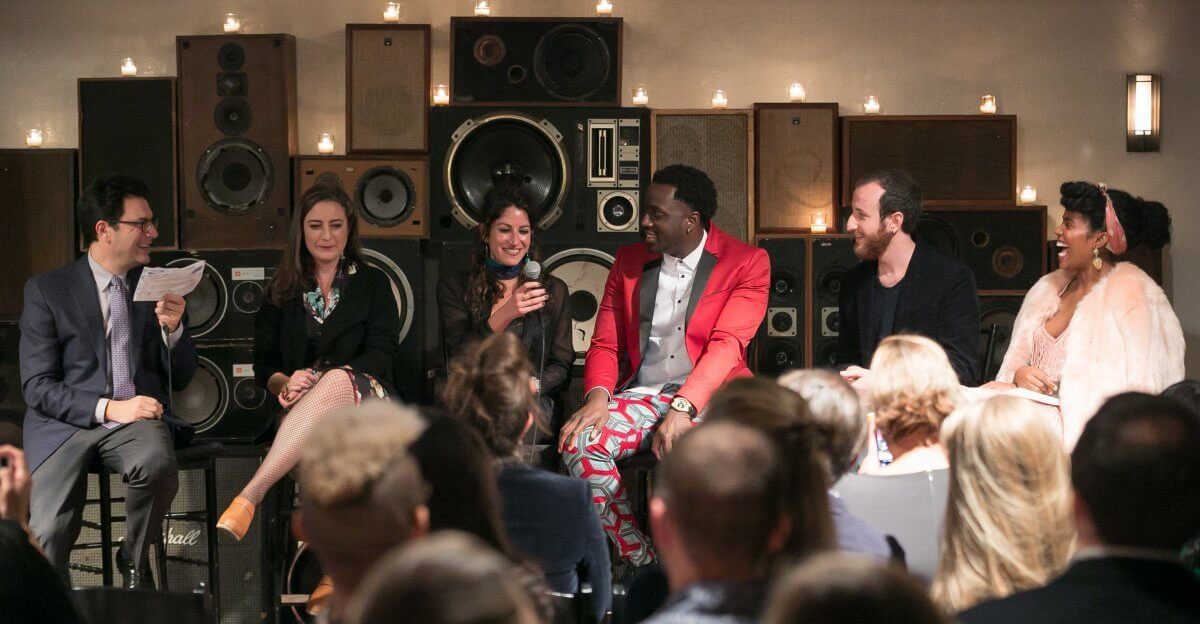 The 69th National Book Awards, hosted by Nick Offerman, were streamed live from New York City on November 14, 2018. Lifetime achievement awards were presented to Doron Weber and Isabel Allende, followed by the announcement of the Winners of National Book Awards in the categories of Fiction, Nonfiction, Poetry, Translated Literature, and Young People’s Literature. You can watch the full ceremony below and at our Facebook page. 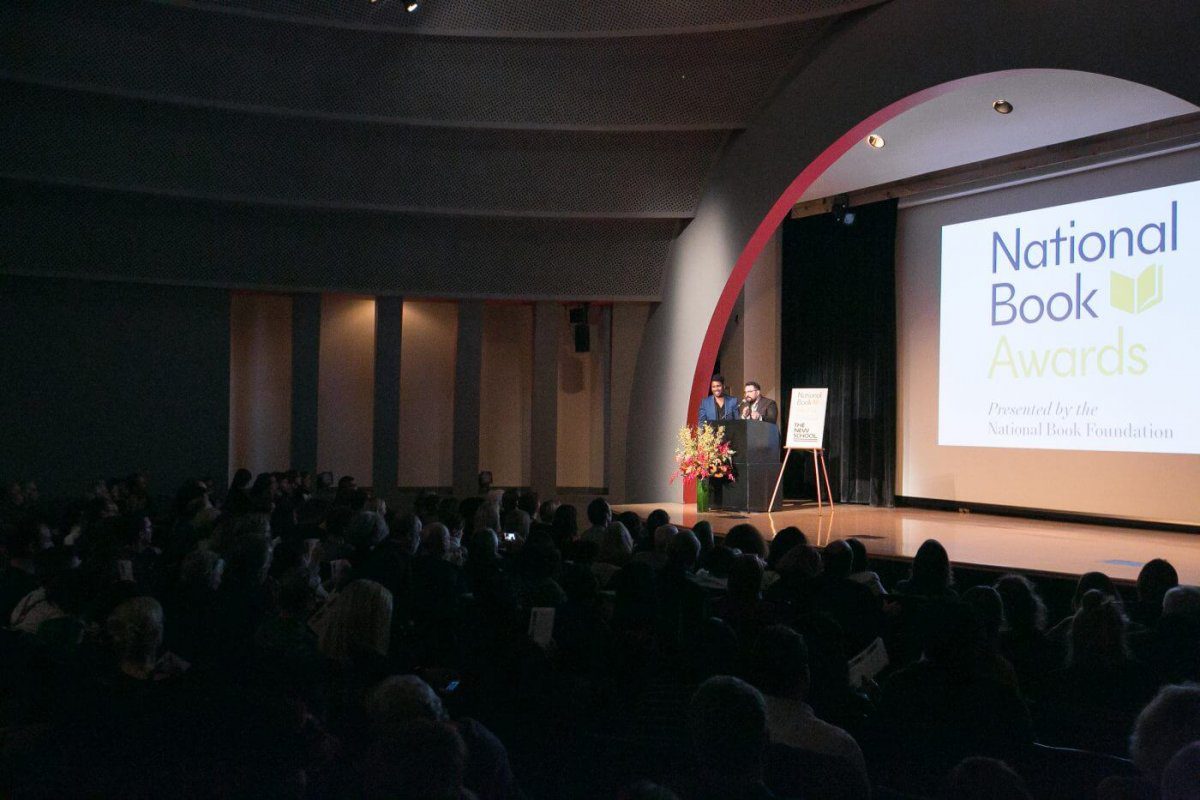 Every year on the night before the National Book Awards, all of the Finalists gather at the New School to read from their honored titles at an event that is open to the public. The 2018 reading featured the Finalists in Fiction, Nonfiction, Poetry, Young People’s Literature, and the newly added category of Translated Literature. 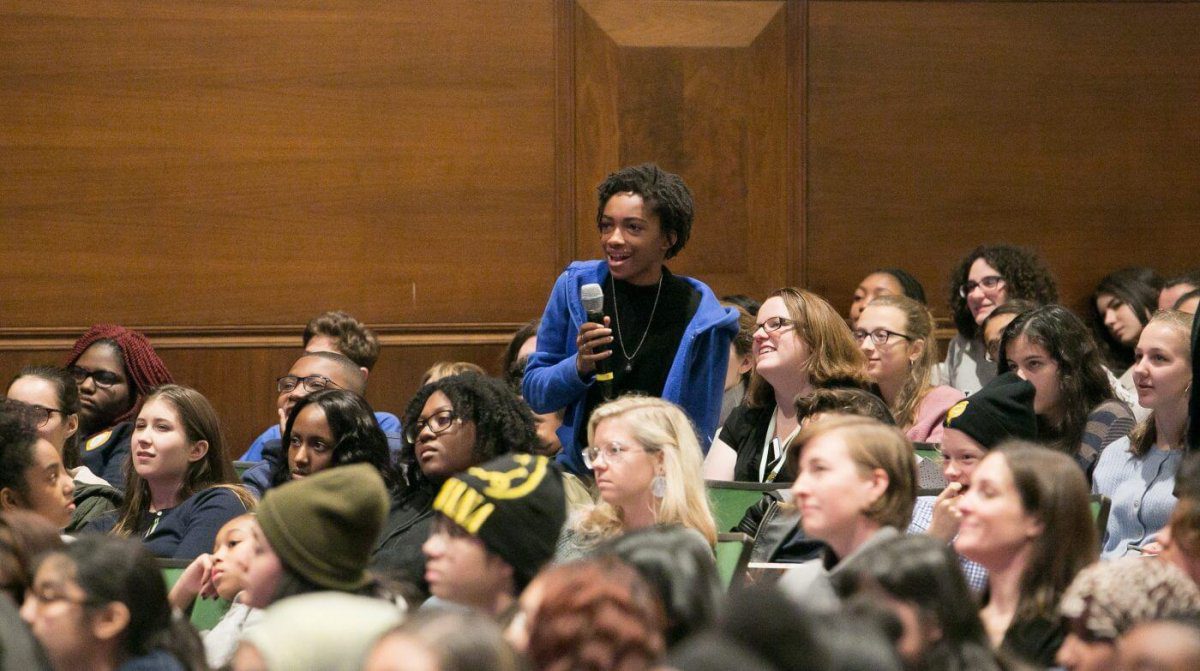 Hosted by: Jenny Han, Author of To All The Boys I’ve Loved Before, now a hit Netflix movie.

At the event, students received a special Reporter’s Notebook, which you can also digitally download here. 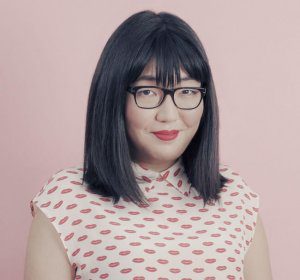 Jenny Han is the New York Times bestselling author of the To All the Boys I’ve Loved Before and The Summer I Turned Pretty series; Shug; the Burn for Burn trilogy, cowritten with Siobhan Vivian. She is also the author of the chapter book Clara Lee and The Apple Pie Dream. A former children’s bookseller, she earned her MFA in creative writing at the New School. Visit her at DearJennyHan.com.

The National Book Foundation announced that Natasha Lyonne, acclaimed actor, writer, and director, will host the 5 Under 35 celebration on November 12 in New York City. Lyonne, known for her roles in films like But I’m a Cheerleader and Slums of Beverly Hills, as well as her role as series regular Nicky Nichols on Netflix’s Orange Is the New Black, will serve as host of the event that recognizes young, debut fiction writers whose work promises to leave a lasting impression on the literary landscape.

Natasha Lyonne’s bio is below, and more information about 5 Under 35 can be found here.

Natasha Lyonne started her film career in Pee-wee’s Playhouse which led to roles in more than 50 films including But I’m a Cheerleader and Slums of Beverly Hills. She stars as a series regular in Netflix’s Orange Is the New Black, a role for which she received an Emmy nomination. Lyonne co-created the upcoming Netflix series Russian Doll with Amy Poehler. She wrote and directed for the series which stars her as Nadia, a young woman on a journey as the guest of honor at a seemingly inescapable party one night in New York City. Last year, Natasha made her directorial debut with the Kenzo film Cabiria, Charity, Chastity. She also wrote the screenplay for the film which stars Maya Rudolph, Fred Armisen, and Leslie Odom Jr.,among others. Next year she will be seen alongside Lucas Hedges and FKA Twigs in Alma Harel and Shia Labouef’s Honey Boy.

The show kicks off at 8:00 pm ET on Saturday, November 10, and you can watch below or at our Facebook page.