A Place to Stand by Jimmy Santiago Baca 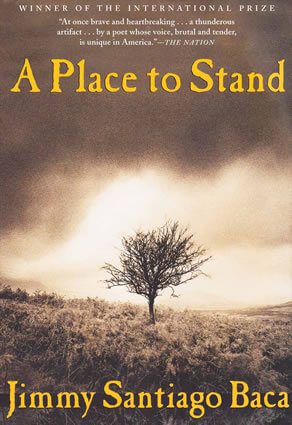 Jimmy Santiago Baca’s harrowing, brilliant memoir of his life before, during, and immediately after the years he spent in a maximum-security prison garnered tremendous critical acclaim and went on to win the prestigious 2001 International Prize. Long considered one of the best poets in America today, Baca was illiterate at the age of twenty-one and facing five to ten years behind bars for selling drugs. This raw, unflinching memoir is the remarkable tale of how he emerged after his years in the penitentiary—much of it spent in isolation—with the ability to read and a passion for writing poetry. (Grove Press, 2007)

“Poet Jimmy Santiago Baca’s intimate and emotionally raw memoir A Place to Stand takes us from Baca’s tumultuous childhood in Santa Fe, New Mexico, to his nearly 7-year incarceration, and beyond it, giving the reader a 360-degree view into the ways in which mass incarceration is not only a matter of crime-and-punishment, but a cyclical and persistent issue that plagues generations of low-income communities around the country. Despite a childhood punctuated by alcoholism, abuse, prison, and illiteracy followed by an early adulthood scarred by imprisonment and isolation—Baca’s story goes beyond the systemic issues that lead many young men and women of color into the prison system in order to remind us of the challenging route to re-entry and redemption. Baca’s story also reminds us that while mass incarceration is often viewed as a black-white binary, the Latinx community makes up 20% of the U.S. incarcerated population and his is just one of many stories.  Baca’s lyrical first-person account of life before, during, and after incarceration is both tender and gut-wrenching and will leave readers questioning how we can make both imprisonment and failure upon re-entry less inevitable for all our young men and women.” — James Forman Jr. 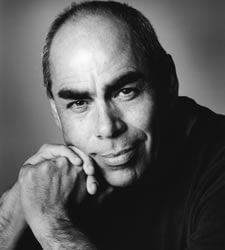 Jimmy Santiago Baca was born in New Mexico and is of Indio-Mexican descent. He was raised first by his grandmother and later sent to an orphanage. A runaway at age 13, it was after Baca was sentenced to five years in a maximum security prison that he began to turn his life around: he learned to read and write and unearthed a voracious passion for poetry. During a fateful conflict with another inmate, Jimmy was shaken by the voices of Neruda and Lorca, and made a choice that would alter his destiny.