Books I Wish I’d Read as an LGBTQ Teenager

When I was young, the only literature I could find about lesbians was either deeply tragic or short on character and long on formulaic, anatomically incorrect sex scenes (I’m looking at you, Xena Warrior Princess fanfiction). It wasn’t until I graduated college that I found a book which actually spoke to my experience. Dorothy Allison’s short story collection Trash made me feel seen in a way I had never imagined possible and didn’t even know I needed. Her characters had sex that was visceral and messy and embarrassing. They had jobs and families and pasts. They spoke in a language that was sensual and angry and true. Quite simply, the characters in Trash were lesbians and fully realized human beings. Reading about them made me realize how starved I was for reminders of my own humanity.

This February, in partnership with Lambda Literary, The National Book Foundation launched BookUp LGBTQ at the Hetrick-Martin Institute taught by award winning poet t’ai freedom ford. BookUp LGBTQ is based on our already thriving national reading program, BookUp, in which published authors run after-school reading groups where students get to choose and keep the books they read. Since its inception, BookUp has given students nearly 30,000 books free of charge. After only one year of BookUp, our students were 89 percent more likely to visit a library on their own and 66 percent more confident with public speaking. We created a BookUp specifically for homeless and at-risk LGBTQ teens so that they can experience what the world so rarely tells them: you are part of a community, you have a rich history, you exist, and you matter.

With that in mind, we asked some of today’s most powerful voices in LGBTQ literature to create a list of books they wanted to read as teens. While there are some recurring titles—who hasn’t had their world rocked by Audre Lorde?—most of the books are quite different from one another. LGBTQ people are not a homogeneous group, and what we find funny, sexy, boring or heartbreaking varies greatly. Thankfully, the pool of stories we get to choose from keeps widening and deepening to reflect the richness and diversity of our own lives. 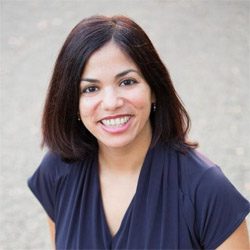 Daisy Hernandez
(author of A Cup of Water Under My Bed)

Autobiography of My Hungers, Rigoberto González. Call it a book for and from the “in between” places—in between Mexico and here, in between poetry and memoir, in between queer and familia.

Good Woman, Lucille Clifton. I might have declared myself a poet at 16 if I had read this book. She tackles racism and women’s lives, all of it so compressed on the page that you simply want to cry—it’s that good. 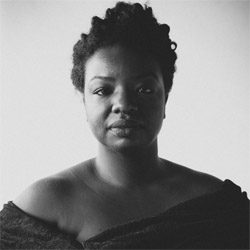 Sula, Toni Morrisson. Sula taught me how to be in the world with other women, with myself, and how to love intimately and explicitly and with vigor and vulnerability. Sula is life work, a novel I return to annually, and I wish I had found it at 16 when that work really begins.

Fledgling, Octavia Butler. This would have been the perfect book for 16-year-old Kima.Fledgling continues to make me question and investigate my notions of love, sex, how I want a relationship to look and feel like. And there are vampires! 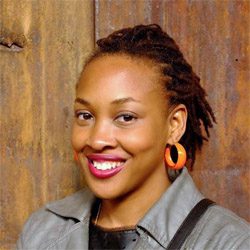 Naomi Jackson
(author of The Star Side of Bird Hill)

Under the Udala Trees, Chinelo Okparanta. What a lovely, richly told story of love between African women. Reading this book as a teenager would have debunked the myth that black women couldn’t be lesbians, which I believed until I learned otherwise.

The Mariposa Club, Rigoberto González. I immediately fell in love with the characters in the Mariposa Club series, and wished I’d had friends like this when I was a teenager, if only on the page. It would’ve been fun to read this as I helped start my high school’s first Gay/Straight Alliance.

And a few that I did read that changed my young life: Zami: A New Spelling of My Name, Audre Lorde; Homegirls: A Black Feminist Anthology, ed. Barbara Smith; all of Cheryl Clarke’s and Audre Lorde’s poetry. 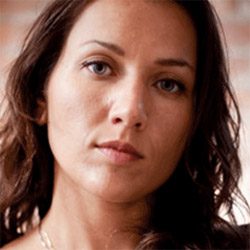 Adam, Ariel Schrag. The very reason Adam is so perfect for today’s teens would have confused me at 16, because in 1996, the conversation about trans experiences was nothing like it is now. But it also would have been fantastic to find a queer book that was funny, and which offered a portrait of my own queer peers—or at least something closer to the experience of my own generation. I read everything I could get my hands on back then, but few would describe The Price of Salt, The Color Purple, or even The Rubyfruit Jungle as comedies, or mirrors of my own suburban third-wave feminist, queer experience of alienation. And after Adam, I would go back and read ALL of Schrag’s “High School Comic Chronicles”: Awkward & Definition, Potential & Likewise—for the true (and truly hilarious) portrait of 90s queer teen angst. 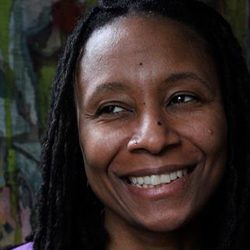 The Well of Loneliness, Radclyffe Hall. At 16, I thought I was the only queer person on the planet besides this one very out gay boy and a couple of boyish girls on the basketball team. And so I thought that I would grow up, marry a man and live a straight lie. When I got to college, I got my hand on this book and realized that I wasn’t alone.

Zami: A New Spelling of My Name A Biomythography, Audre Lorde. And then the Queer Gods gifted me Audre Lorde whose poetry I discovered, seemingly by accident, while doing an English paper my freshman year of college. I was like, “Wait, she’s writing poetry about loving women?!” This blew my mind. Audre Lorde made a whole new world possible for me. She gave me all kinds of permission. 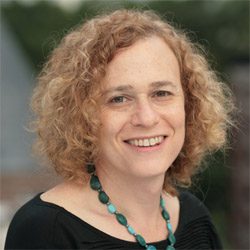 Am I a Woman?: A Skeptic’s Guide to Gender, Cynthia Eller. Eller brilliantly and accessibly deconstructs her own gender (she’s a non-trans woman) in ways that would have helped me think more clearly and compassionately about my own relation to gender. 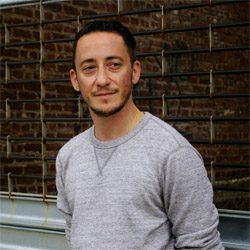 Here are some books that were crucial to me as a young person. They all deal with the challenges and benefits of being an outsider, if not necessarily overt queerness, in a way that I think LGBT kids could really benefit from: 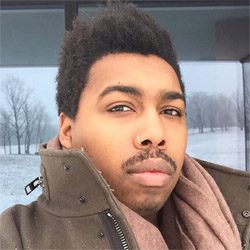 Please, Jericho Brown. I would’ve loved to have gotten my hands on a poetry collection like that when I was a teenager. When I was growing up I didn’t know poems interested in examining the interior life of queer black boys even existed. His poems remind me that, however challenged or seemingly adrift I might feel from time to time, I am here and absolutely worthy of this life and all its shades of love. 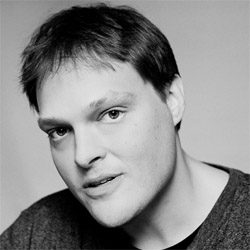 Garth Greenwell
(author of What Belongs to You)

Aristotle and Dante Discover the Secrets of the Universe, Benjamin Alire Sáenz. The story of two best friends in bordertown America, this book would have changed my life if I had read it when I was 16. It’s a new kind of gay literature: defiantly untragic.

A Boy Like Me, Jennie Woods. The protagonist of this terrific, funny novel is clueless, daft, bumbling, and trans. He’s tough outside and soft-as-butter inside, and he’s hopeless with girls. You can’t help but fall in love with him. 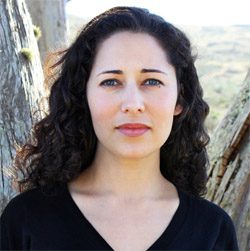 Kirsten Valdez Quade
(author of Night at the Fiestas)

Tipping the Velvet, Sarah Waters. In most of the books I read in high school and college, lesbian attraction was all very coded and genteel: lots of carnations and hovering at thresholds and lowered lashes and particular friendships. The frankness of the sex in Sarah Waters’s Tipping the Velvet probably would have scandalized 16-year-old me—but in the best possible way! 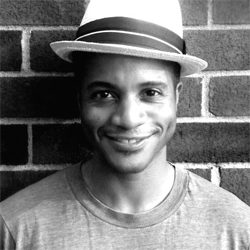 Johnny Would You Love Me… (If My Dick Were Bigger), Brontez Purnell. It’s a book that says it is alright to be punk-rock, Black, and queer and kind of a mess, and that these qualities can make you an infinitely more interesting and enlightened person. Difference builds character!

Fun Home: A Family Tragicomic, Alison Bechdel. It is funny, tragic, beautiful and queer, which pretty much sums up my teenage years! 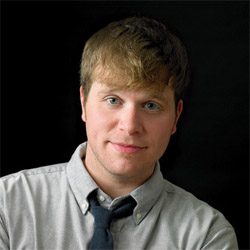 John Corey Whaley
(author of Where Things Come Back)

More Happy Than Not, Adam Silvera. This is a book about identity as much as it is about mental illness and I think as a 16-year-old closeted kid with anxiety problems, this book would’ve spoken to me in so many ways—just as it has spoken to me now. 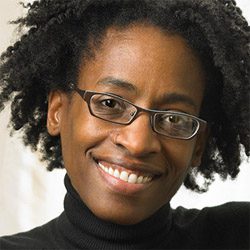 Of my own: The House You Pass On The Way · After Tupac and D Foster · If You Come Softly

Other authors: When I Was The Greatest & All American Boys, Jason Reynolds · George, Alex Gino · Putting Makeup on the Fat Boy, Bil Wright 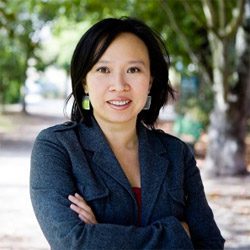 The Miseducation of Cameron Post, emily m. danforth. As a girl growing up in Colorado, I would have identified so strongly with the landscape and attitudes in this coming-of-age novel set in 1990 Montana. I was very different from Cameron, but I think I would have recognized so many of her feelings in me.

Tipping the Velvet, Sarah Waters. I was completely fascinated by London, and Waters’s atmospheric and passionate novel about a young woman discovering her identity would have totally sucked me in. It would also have shown me that queer women have long existed; we are not only contemporary inventions.

Ash, Malinda Lo. I have to include my own first novel because I essentially wrote it for my own teen self. I read so much fantasy as a teen, but none of it included people like me. I get email from many queer readers who tell me that Ash showed them they too can can have a fairy tale ending. 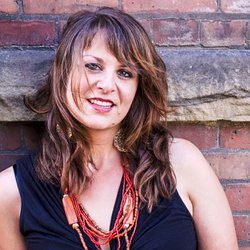 Please Don’t Kill the Freshman, Zoe Trope. This is a fierce, gorgeously written memoir of Trope’s early years of high school. I wish that I had read this book then, when I was watching the world coming for me, questioning my identity and my sexuality, and wondering how I would create the life that I wanted.

Fun Home: A Family Tragicomic, Alison Bechdel. Who are we to each other—where does our “real” self begin? Bechdel’s lyric, graphic memoir is about truth, and growing up, and all the blurred lines that construct a family.