Notes from the Reading Life

In June of 2019, three well-known, well-read New Yorkers will visit NYPL branches in Staten Island, Manhattan, and the Bronx to speak 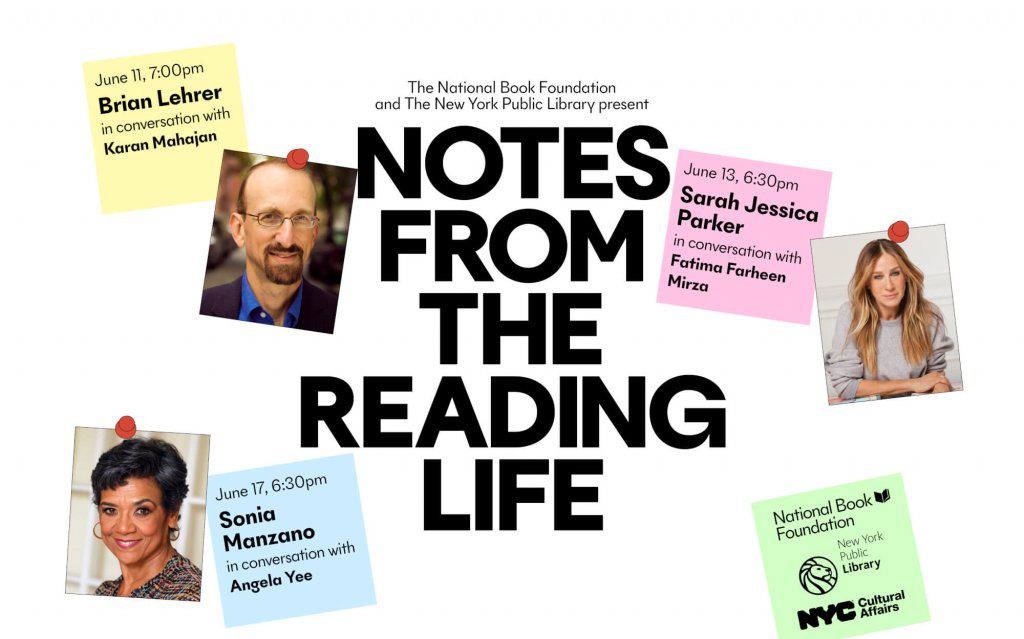 In June of 2019, three well-known, well-read New Yorkers will visit NYPL branches in Staten Island, Manhattan, and the Bronx to speak with audiences about their reading lives and the books that have impacted them across the years.

Named one of the “25 Greatest Latino Role Models Ever,” this beloved actress, author, and South Bronx native takes to the stage to remember the books that shaped her and remind us of the magic of reading.

For over 40 years Sonia Manzano inspired, educated, and delighted children and families as “Maria” on Sesame Street, breaking ground as one of the first Hispanic characters on national television. Also an award-winning television writer and children’s book author, she has devoted her career to promoting literacy, diversity, and education. Her recently published memoir, Becoming Maria: Love and Chaos in the South Bronx, has garnered praise for its “lyrical and unflinching account of her tough Nuyorican upbringing in the South Bronx.”

Manzano will speak with top radio personality and lifelong New Yorker, Angela Yee, who hosts the nationally syndicated hip hop radio show The Breakfast Club and the podcast “Angela Yee’s Lip Service.” Yee also serves as an ambassador for The New York Public Library. Yee has said, “Some of my best memories growing up in New York are the times I spent in the public library where I developed my love for reading.”

Notes from the Reading Life is a program co-presented by the National Book Foundation and The New York Public Library, supported, in part, by public funds from the New York City Department of Cultural Affairs.