The NBF Announces the 2019-2020 Literature for Justice Program Titles 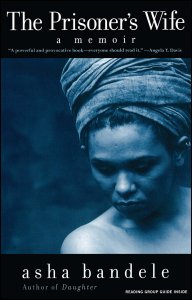 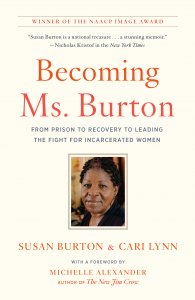 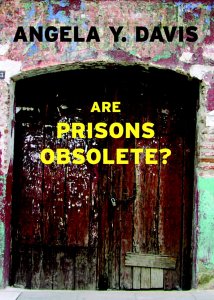 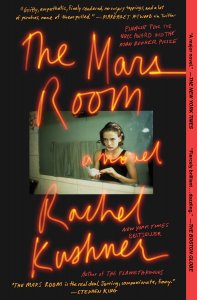 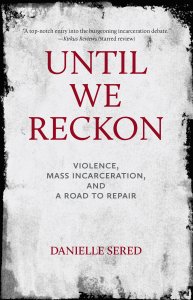 In the second year of the Art For Justice–funded program, five new titles—all authored by women—are selected to continue the Foundation’s work contextualizing mass incarceration through literature, chosen by a five-member committee

The National Book Foundation announced selections in the second year of the Literature for Justice program (LFJ), comprised of five contemporary titles that shed light on mass incarceration in the United States. Also announced today are the five committee members tasked with selecting the titles and elevating their visibility. This committee worked alongside the Foundation as part of Literature for Justice, a three-year campaign that seeks to contextualize and humanize the experiences of incarcerated people through literature of different genres, creating an accessible and thought-provoking collection of books crafted for broad public consumption.

These five titles will serve as the foundation for LFJ’s second year of programming that includes national public events featuring authors and experts on mass incarceration. The selected books are part of a larger, overarching campaign that will include 15 titles over three years, with five new committee members and titles each year. Literature for Justice is made possible by a three-year grant from the Art for Justice Fund, a sponsored project of the Rockefeller Philanthropy Advisors.

“These boldly written works—in several cases very intimate accounts—illustrate the many ways that women and families’ lives are impacted by incarceration, from lived experience to fictional narratives,” said Lisa Lucas, Executive Director of the National Book Foundation. “The authors of this year’s selections grant us as readers privileged access and accessible scholarship to the past, present, and future of mass incarceration, fearlessly paving the road to where we collectively can go from here.”

The LFJ committee comprises five esteemed authors who are also experts and leaders within the space of mass incarceration: Michelle Alexander is a highly acclaimed civil rights attorney, advocate, legal scholar, and author of the landmark work, The New Jim Crow: Mass Incarceration in the Age of Colorblindness. Reginald Dwayne Betts is a poet, memoirist, and lawyer. His writing grapples with the central role of incarceration to the American experience. He is a 2018 Guggenheim Fellow and a 2018 Emerson Fellow at New America. Zachary Lazar is the author of five books, including the novels Vengeance, Sway, and I Pity the Poor Immigrant, a New York Times Notable Book. Lazar’s honors include a Guggenheim Fellowship, and a Hodder Fellowship from Princeton University, and he also serves on the advisory board of the PEN America Writing’s for Justice Fellowship. Kelly Lytle Hernandez is a professor of History, African American Studies, and Urban Planning at the University of California, Los Angeles where she holds The Thomas E. Lifka Endowed Chair in History. She is also a recent recipient of the 2019 prestigious MacArthur Fellowship. Shaka Senghor is a leading voice in criminal justice reform and proud native of Detroit. His memoir, Writing My Wrongs: Life, Death, and Redemption in an American Prison, was released in March 2016 and debuted on the New York Times andThe Washington Post bestseller lists. Shaka is a former MIT Media Lab Director’s Fellow, and a former Fellow in the inaugural class of the W.K. Kellogg Foundation’s Community Leadership Network.

“The fundamental objective of the National Book Foundation is to ensure that books and literature remain at the center of our vibrant national conversation,” said David Steinberger, Chairman of the Board of Directors of the National Book Foundation. “We believe in the power of storytelling, and we are grateful to work with a distinguished selection of leaders, authors, and advocates to cultivate a list to provide readers with a range of perspectives and insights on the complex issue of mass incarceration.”

As respected voices in this national conversation, the LFJ committee members will lend their expertise and their voices to elevate the selected titles and, in turn, help humanize and contextualize the voices and experiences of incarcerated individuals, using storytelling to reach a wide audience of readers with narratives that reveal the real implications of America’s outsized prison populations.

This year’s LFJ book selections are all written by women, span genres, and focus on those who have experienced incarceration as well as centering a call for systemic change. The five-title list includes two nonfiction works focused on substantial reform to our nation’s carceral system, a memoir by an activist whose own journey through the criminal justice system fueled her life’s work, a deeply personal story of a partnership where one person is incarcerated, and a darkly humorous novel set in a women’s correctional facility.

Both calls to action, in Are Prisons Obsolete?, Angela Y. Davis seeks to illustrate that the time for the prison system is approaching an end; she argues forthrightly for decarceration and for the transformation of the society as a whole. And in Until We Reckon: Violence, Mass Incarceration, and a Road to Repair, Danielle Sered asks readers to reconsider the purposes of incarceration and argues persuasively that the needs of survivors of violent crime are better met by asking people who commit violence to make amends in ways meaningful to those they have hurt.

Two titles delve into the personal experiences of women inside or with a loved one inside the carceral system. In The Prisoner’s Wife, asha bandele shares her journey meeting and marrying Rashid, while he is in an upstate New York prison serving a sentence of twenty years to life. In Susan Burton’s memoir Becoming Ms. Burton, co-authored with Cari Lynn, Burton chronicles her experiences with incarceration, addiction, and loss and how she founded her award-winning organization, A New Way of Life, which is focused on rehabilitation and reentry for formerly incarcerated women.

Set in the Stanville Women’s Correctional Facility, deep in California’s Central Valley, Rachel Kushner’s novel The Mars Room centers the absurdities of institutionalization as experienced by both the guards and the thousands of women housed in its walls. Romy Hall, a 29-year-old serving two life sentences, plus six years, is the novel’s protagonist who captures the slowness and sameness that is the reality of prison.

Learn more about this year’s Literature for Justice launch event in Dallas on December 12 here.