It’s an incredible opportunity to have access to such prominent writers, and I know our community will be thrilled with the [NBF Presents] programming we are able to offer.

NBF Presents programs bring National Book Award–honored authors and nationally recognized moderators to libraries, colleges, book festivals, and performance venues for public readings, discussions, and presentations. NBF Presents is designed to give audiences—whether in urban, suburban, or rural communities—access to some of our country’s most renowned writers and their books and to create spaces where authors and audiences can connect, be in dialogue, and share ideas.

The NBF aims to leave no reader or community overlooked, and to be a catalyst for conversations through great books.

NBF Presents  is made possible by a grant from The Andrew W. Mellon Foundation.

The Foundation joins the Wisconsin Book Festival for a conversation with 2019 National Book Award Winner for Nonfiction Sarah M. Broom (The Yellow House) on understanding inheritance, loss, and home through literature.

NBF Presents: The Art of Invention

To kick off the spring season of NBF Presents, join 2019 National Book Award Finalists Jericho Brown (The Tradition) and Akwaeke Emezi (Pet) for a discussion on breaking convention to create brand-new forms, worlds, and hybrid genres, and what disruption and invention means for the future of literature. Presented in partnership with the Charleston County Public Library.

2019 National Book Award Finalist Kali Fajardo-Anstine (Sabrina & Corina: Stories) joins poet, essayist, novelist, and 2017 National Book Award Finalist Erika L. Sánchez (I Am Not Your Perfect Mexican Daughter) to discuss their work and why the preservation, perpetuation, and presentation of the experience of Mexican-American women in literature matters. Moderated by Lisa Lucas, Executive Director of the National Book Foundation, and presented in partnership with the Library Foundation of Los Angeles and Scripps Presents.

Join poet and political strategist Camonghne Felix (Build Yourself a Boat, 2019 Poetry Longlister) and novelist Garth Greenwell (Cleanness; What Belongs to You, 2016 Fiction Longlister) on making space for queer stories full of sex, violence, and love, and the power of LGBTQ+ must-read lists. Presented in partnership with the Community College of Philadelphia.

NBF Presents: Winter with the Writers

This program is supported by the Rollins Department of English.

For the fifth year, the National Book Foundation joins Amherst College’s annual literary festival to celebrate the work of National Book Award–honored authors. 2019 Fiction Winner Susan Choi (Trust Exercise) and Finalist Laila Lalami (The Other Americans) will speak to the power of fiction and point of view. Moderated by Judith Frank, author of All I Love and Know.

This program is supported by Amherst College and the Croxton Lecture Fund.

To celebrate the 15th year of partnership, the National Book Foundation returns to Concordia College with two of the 2019 Nonfiction honorees dealing deeply with the geography of humanity: Winner Sarah M. Broom (The Yellow House) and Finalist David Treuer (The Heartbeat of Wounded Knee) for readings, conversation, and book signings. Moderated by John Ydstie, NPR correspondent.

This program is supported by The Andrew W. Mellon Foundation in honor of Earl Lewis ‘78.

Virginia Festival of the Book

2019 National Book Award Nonfiction Longlisters Hanif Abdurraqib (Go Ahead in the Rain: Notes to A Tribe Called Quest) and Iliana Regan (Burn the Place) discuss the intersection of food, music, and identity, and how memoir helps shape our understanding of the arts, ourselves, and one another. Presented in partnership with Coahoma Community College, the Coahoma County Higher Education Center, and Carnegie Public Library’s Community Book Talks Lecture Series.

Novelists Lisa Ko (The Leavers, National Book Award Finalist) and Helen Phillips (The Need, National Book Award Longlister) visit Kirkwood Community College to discuss the bond between mother and child, and the ways family can be torn apart and woven back together again across borders, identity, and alternate realities.

EVENT CANCELED - NBF Presents: The Power of the Personal

2019 National Book Award Nonfiction Longlisters Hanif Abdurraqib (Go Ahead in The Rain: Notes to A Tribe Called Question) and Iliana Regan (Burn the Place) continue their conversation mainstage at the twenty-seventh Oxford Conference of the Book. Abdurraqib and Regan discuss the heart of food, music, and place—from the makings of an iconic rap group to a Michelin-starred restaurant—and the power of personal storytelling.

Oxford Conference of the Book 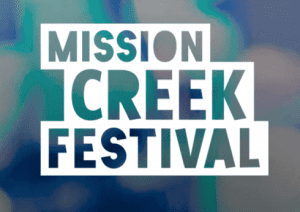 Moderated by Bryan Washington, 5 Under 35 Honoree and author of Lot: Stories.

This program is supported by SHSU’s College of Humanities and Social Sciences and the MFA Program in Creative Writing. 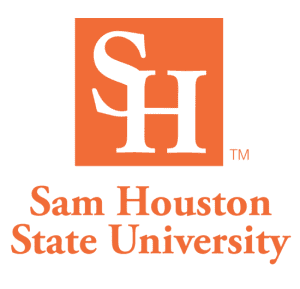 “one of the most dizzyingly accomplished of our writers” —Gary Shteyngart

Sigrid Nunez has published seven novels, including A Feather on the Breath of God, The Last of Her Kind, Salvation City, and, most recently, The Friend, which was a New York Times bestseller and won the 2018 National Book Award for Fiction. Her other honors include four Pushcart Prizes, a Whiting Award, a Berlin Prize Fellowship, and the Rome Prize in Literature. Her work has appeared in several anthologies, including The Best American Short Stories 2019 and four anthologies of Asian American literature. She is also the author of Sempre Susan: A Memoir of Susan Sontag. Her eighth novel, What Are You Going Through, will be published by Riverhead Books in September. Nunez lives in New York City.

Parul Sehgal is a book critic at The New York Times. She was previously a columnist and senior editor at The New York Times Book Review. Her work has appeared in The Atlantic, Slate, Bookforum, The New Yorker, Tin House, and The Literary Review, among other publications. She is the recipient of the Nona Balakian Award from the National Book Critics Circle for her criticism and teaches at New York University.

The event is currently sold out. Tickets are still available to BAM supporters at the Patron level and above. Please contact Patron Services at 718.636.4182 for more information. Tickets may become available and are sold on a first-come, first-served basis.

NBF Presents: An Afternoon with the National Book Awards

The National Book Foundation joins The Loft’s Virtual Wordplay for a cross-genre conversation with 2019 National Book Award Finalists Laila Lalami (The Other Americans, Fiction) and Randy Ribay (Patron Saints of Nothing, Young People’s Literature) on their work, awards and accolades, and to-read piles.

“one of the most important voices of her generation” —Essence

Tayari Jones is the author of An American Marriage, which was a New York Times bestseller, an Oprah’s Book Club pick, and selected by Barack Obama for his summer reading list. She is a native of Atlanta, which serves as the setting for An American Marriage as well as her other novels Leaving Atlanta, The Untelling, Silver Sparrow, and the forthcoming Old Fourth Ward. Her writing has appeared in The New York Times; The Washington Post; O, The Oprah Magazine; Time; Tin House; and The Believer, among other publications. Jones is currently a Charles Howard Candler Professor at Emory University and an A.D. White Professor-at-Large at Cornell University.

Deborah Treisman is the fiction editor at The New Yorker. She is the host of that publication’s award-winning fiction podcast, the editor of the anthology 20 Under 40: Stories from The New Yorker, and the recipient of the 2012 Maxwell Perkins Award for Distinguished Contribution to Fiction.

The event is currently sold out. Tickets are still available to BAM supporters at the Patron level and above. Please contact Patron Services at 718.636.4182 for more information. Tickets may become available and are sold on a first-come, first-served basis.

Unless otherwise noted, all programs made possible by our partners and The Andrew W. Mellon Foundation.

For times and locations for events, please visit the Foundation’s events calendar at www.nationalbook.org/events-calendar or the websites of any of our partners.