Sofía Quintero is the author of several novels and short stories that cross genres. Born into a working-class Puerto Rican-Dominican family in the Bronx, the self-proclaimed “Ivy League homegirl” earned a BA in history-sociology from Columbia University in 1990 and her MPA from the university’s School of International and Public Affairs in 1992. After years of working on a range of policy issues from multicultural education to HIV/AIDS, she decided to pursue career that married arts and activism. Under the pen name Black Artemis, she wrote the hip hop novels Explicit Content, Picture Me Rollin’ and Burn. Sofía is also the author of the novel Divas Don’t Yield and contributed novellas to the “chica lit” anthologies Friday Night Chicas and Names I Call My Sister. As an activist, she co-founded Chica Luna Productions (chicaluna.com), a nonprofit organization that seeks to identify, develop and support women of color who wish to create socially conscious entertainment. She is also a founding creative partner of Sister Outsider Entertainment, a multimedia production company that produces quality entertainment for urban audiences. Sofía is the author of the young adult novel Efrain’s Secretpublished by Knopf in 2009.

Nelly Rosario is the author of Song of the Water Saints: A Novel. She holds an MFA from Columbia University. She was formerly on faculty in the MFA Program at Texas State University and is currently assistant director of writing for the Blacks at MIT History Project.

Charlie Vázquez is a Bronx native and the Director of the Bronx Writers Center. He is a published author and freelance editor, as well as the CCO of the e-book press Editorial Trance. Charlie serves as the event coordinator for Puerto Rico’s Festival de la Palabra in New York, and is writing his third novel, a suspense thriller set in Puerto Rico.

Ibi Zoboi was born in Port-au-Prince, Haiti, and immigrated to the U.S. when she was four years old. She holds an MFA in writing for children and young adults from Vermont College of Fine Arts, where she was a recipient of the Norma Fox Mazer Award. Her award-winning and Pushcart-nominated writing has been published in Haiti Noir, the Caribbean Writer, the New York Times Book Review, The Horn Book magazine, and The Rumpus, among other publications. 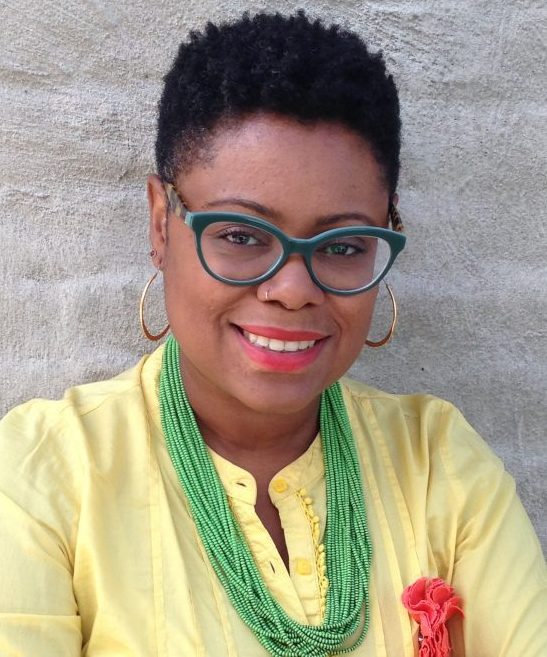 Ibi Zoboi was born in Port-au-Prince, Haiti, and immigrated to the U.S. when she was four years old. She holds an MFA in writing for children and young adults from Vermont College of Fine Arts, where she was a recipient of the Norma Fox Mazer Award. Her award-winning and Pushcart-nominated writing has been published in Haiti Noir, the Caribbean Writer, the New York Times Book Review, The Horn Book magazine, and The Rumpus, among other publications. She lives in Brooklyn with her husband and their three children. American Street is her first novel.

She’s a recent winner of the Gulliver Travel Grant given annually by the Speculative Literature Foundation and holds an MFA in Writng for Children & Young Adults at Vermont College of Fine Arts.  Ibi lives in Brooklyn with her husband, visual artist  and educator Joseph Zoboi, and their three young children.

Angie Cruz is one of the founders, along with Leslie Shipman and Emily Raboteau, of the National Book Foundation’s after-school program, BookUp, She holds a BA in English and MFA in Creative Writing from New York University. She is an Assistant Professor of English at the University of Pittsburgh, and the author of two novels, Soledad (Simon & Schuster 2001), which she has adapted into a screenplay, and Let It Rain Coffee (S & S 2005), which was also a finalist in 2007 for the International IMPAC Dublin Literary Award. She has published short fiction and essays in magazines and journals, including Callaloo, a journal of African Diaspora, The New York Times, Kweli, Phatitude, and South Central Review. She has been teaching creative writing for over 15 years in academic and nontraditional settings such as Texas A&M University, NYU, Metropolitan Museum of Art, and to middle schoolers for the National Book Foundation’s Bookup in Texas where she also serves on the advisory board. She has received numerous grants for her teaching and writing, including the Barbara Deming Award, New York Foundation of the Arts Fellowship, Camargo Fellowship, Van Lier Literary Fellowship, and NALAC Fund for the Arts Fellowship. She has also been awarded residencies: Yaddo, The Macdowell Colony, Fundacion Valparaiso, La Napoule Foundation and The Millay Colony. She is the editor of Aster(ix), a literary/arts journal. Currently she is finishing her third novel, In Search of Caridad.

Cailyn Dougherty is a student writer and BookUp volunteer majoring in English at Sam Houston State University. Her love for literature has inspired her to pursue teaching high school where she says she plans to show students that literature is much more than just words on a page. Both her high school and college literary magazines, The Oracle and Sam Houston State Review, have featured her poetry.

Marcos Del Hierro is a PhD student at Texas A&M University studying Cultural Rhetorics and Writing. His work primarily looks at how hiphop methods and tactics can produce positive community change. He currently teaches freshman writing classes at Texas A&M, and he has worked for the Upward Bound program, which works with at-risk high school students to help them prepare for college.

Born in Canada, Zetta Elliott earned her PhD in American Studies at NYU. Her poetry has been published in several anthologies, and her plays have been staged in New York and Chicago. Her essays have appeared in Horn Book Magazine, School Library Journal, andThe Huffington Post. Her picture book, Bird, won the Honor Award in Lee & Low Books’ New Voices Contest and the Paterson Prize for Books for Young Readers. Elliott’s young adult novel, A Wish After Midnight, has been called “a revelation…vivid, violent and impressive history.” Ship of Souls was published in February 2012; it was one of Booklist’s Top Ten Sci-fi/Fantasy Titles for Youth and was a finalist for the Phillis Wheatley Book Award. Her third novel, The Deep, was published in November 2013 and she recently published four illustrated chapter books under her own imprint, Rosetta Press.

Elisha Miranda is a Puerto Rican filmmaker, novelist and educator from the Mission District of San Francisco, California but has resided in New York since 1998. Elisha earned her MFA from Columbia University in Screenwriting and Directing, her MCP from MIT and her BA in Ethnic Studies and English from the University of California at Berkeley. Under her pen name, E-Fierce she wrote her debut young adult novel, The Sistahood: On the Mic, about a multi-racial, all female hip-hop crew, published by Simon & Schuster. She is also a contributing author to the anthologies Juicy Mangos, Other Rican and The Fire This Time.  She’s was a Co-Founder of Chica Luna Productions, an east Harlem non-profit that seeks to identify, develop and support women of color who wish to create socially conscious entertainment.  Currently, she is in development with her a television show she co-created called Sangria Street – The Latina Sex in the City you’ve been waiting for coming soon to a TV network near you and a teen super hero web series called The Go Girl Chronicles. Elisha also teaches college creative writing, screenwriting and directing while she works on her next young adult novel and feature film project. To learn more about Elisha and her work, visit www.elishamiranda.com.