Cailyn Dougherty is a student writer and BookUp volunteer majoring in English at Sam Houston State University. Her love for literature has inspired her to pursue teaching high school where she says she plans to show students that literature is much more than just words on a page. Both her high school and college literary magazines, The Oracle and Sam Houston State Review, have featured her poetry.

Marcos Del Hierro is a PhD student at Texas A&M University studying Cultural Rhetorics and Writing. His work primarily looks at how hiphop methods and tactics can produce positive community change. He currently teaches freshman writing classes at Texas A&M, and he has worked for the Upward Bound program, which works with at-risk high school students to help them prepare for college.

Born in Canada, Zetta Elliott earned her PhD in American Studies at NYU. Her poetry has been published in several anthologies, and her plays have been staged in New York and Chicago. Her essays have appeared in Horn Book Magazine, School Library Journal, andThe Huffington Post. Her picture book, Bird, won the Honor Award in Lee & Low Books’ New Voices Contest and the Paterson Prize for Books for Young Readers. Elliott’s young adult novel, A Wish After Midnight, has been called “a revelation…vivid, violent and impressive history.” Ship of Souls was published in February 2012; it was one of Booklist’s Top Ten Sci-fi/Fantasy Titles for Youth and was a finalist for the Phillis Wheatley Book Award. Her third novel, The Deep, was published in November 2013 and she recently published four illustrated chapter books under her own imprint, Rosetta Press.

Elisha Miranda is a Puerto Rican filmmaker, novelist and educator from the Mission District of San Francisco, California but has resided in New York since 1998. Elisha earned her MFA from Columbia University in Screenwriting and Directing, her MCP from MIT and her BA in Ethnic Studies and English from the University of California at Berkeley. Under her pen name, E-Fierce she wrote her debut young adult novel, The Sistahood: On the Mic, about a multi-racial, all female hip-hop crew, published by Simon & Schuster. She is also a contributing author to the anthologies Juicy Mangos, Other Rican and The Fire This Time.  She’s was a Co-Founder of Chica Luna Productions, an east Harlem non-profit that seeks to identify, develop and support women of color who wish to create socially conscious entertainment.  Currently, she is in development with her a television show she co-created called Sangria Street – The Latina Sex in the City you’ve been waiting for coming soon to a TV network near you and a teen super hero web series called The Go Girl Chronicles. Elisha also teaches college creative writing, screenwriting and directing while she works on her next young adult novel and feature film project. To learn more about Elisha and her work, visit www.elishamiranda.com.

John Murillo’s first poetry collection, Up Jump the Boogie, was a finalist for both the 2011 Kate Tufts Discovery Award and the PEN Open Book Award. His other honors include a 2011 Pushcart Prize, two Larry Neal Writers’ Awards, and fellowships from the National Endowment for the Arts, the Cave Canem Foundation, The New York Times, the Wisconsin Institute of Creative Writing, Bread Loaf Writers’ Conference, and the Fine Arts Work Center in Provincetown, Massachusetts. Currently, he serves on the creative writing faculty at New York University and Hampshire College.

Emily Raboteau is the author of a novel, The Professor’s Daughter (Henry Holt) and a work of creative nonfiction, Searching for Zion (Grove), named a best book of 2013 by The Huffington Post and The San Francisco Chronicle, a current finalist for the Hurston Wright Legacy Award, grand prize winner of the New York Book Festival, and winner of a 2014 American Book Award. Her fiction and essays have been widely published and anthologized in Best American Short Stories, Best American Non-required Reading, The New York Times,Tin House, The Guardian, Guernica, VQR, The Believer and elsewhere. Honors include a Pushcart Prize, The Chicago Tribune’s Nelosn Algren Award, and fellowships from the National Endowment for the Arts, the New York Foundation for the Arts, and the MacDowell Colony. An avid world traveler, Raboteau resides in New York City and teaches creative writing in Harlem at City College, once known as “the poor man’s Harvard.”

Shawntai Brown is a poet, playwright, and teaching artist with a Bachelor’s of Arts in creative writing from Western Michigan University. A Cass Tech-bred Detroit native, Shawntai’s comedic plays and narrative works have focused on faith, gender, race, sexuality and community. She is the author and co-director of eLLe Kalamazoo play project series, and former editor/organizer of the Voices theater project. Currently, she is enjoying her residency with Inside Out Literary Arts Project, but mostly she spends her days dreaming up interpersonal games, chopping vegetables and discouraging her rabbits from eating her sofa.

Willie Perdomo is the author of The Essential Hits of Shorty Bon Bon, a finalist for the National Book Critics Circle Award in Poetry; Smoking Lovely, winner of the PEN Beyond Margins Award; and Where a Nickel Costs a Dime, a finalist for the Poetry Society of America Norma Farber First Book Award.  He is currently a member of the VONA/Voices faculty and is an instructor in English at Phillips Exeter Academy. He is also a former instructor for BookUp, the National Book Foundation’s program for middle school students.

Jacqueline Woodson is the 2014 National Book Award Winner for Young People’s Literature for her New York Times bestselling memoir Brown Girl Dreaming, which was also a recipient of the Coretta Scott King Award, a Newbery Honor Award, the NAACP Image Award, and the Sibert Honor Award. 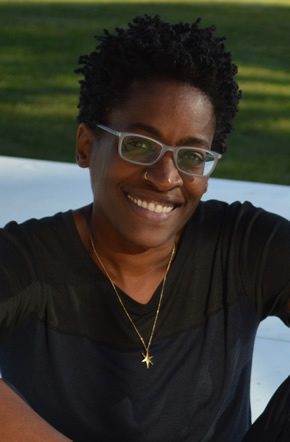 Jacqueline Woodson is the 2014 National Book Award Winner for Young People’s Literature for her New York Times bestselling memoir Brown Girl Dreaming, which was also a recipient of the Coretta Scott King Award, a Newbery Honor Award, the NAACP Image Award, and the Sibert Honor Award. The Poetry Foundation recently named Woodson the Young People’s Poet Laureate. She is the author of more than two dozen award-winning books for young adults, middle graders, and children; among her many accolades, she is a four-time Newbery Honor winner, a three-time National Book Award Finalist, and a two-time Coretta Scott King Award winner. She lives with her family in Brooklyn, New York.