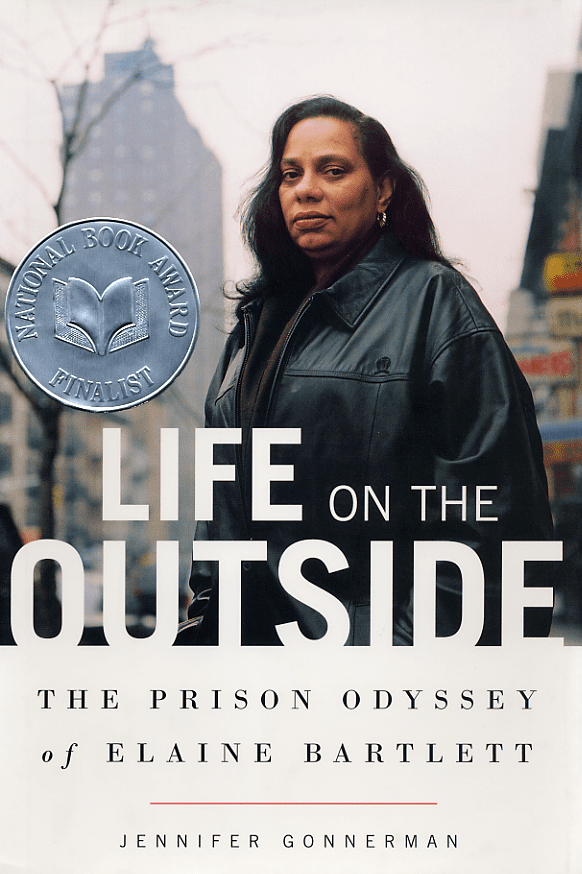 Twenty-six-year-old Elaine Bartlett cracked open the bedroom closet and surveyed her options. She picked out a T-shirt, a pair of Jordache jeans, a leather belt, and a brown knit sweater with suede patches on the elbows. She fastened a thin chain around her neck and slid a pair of gold hoops in her ears. Then she checked herself in the mirror. The day before, she had gotten a wet and set; the plastic rollers were still in her hair. She picked a beige silk scarf out of a drawer and tied it around her head.

Barefoot, she headed down the hall. She loved how the plush carpet felt between her toes. People had told her she was crazy to put carpet everywhere in her apartment, even in the kitchen, but she had been dreaming of wall-to-wall carpet for years. She had not been able to afford an interior decorator, of course. Instead, she had studied photos she had ripped out of glossy magazines. After seeing wall-to-wall carpet in the pictures of every celebrity’s home, she had been determined to settle for nothing less.

There had not been enough money to buy furniture for every room, but she was especially proud of the living room, which she had done all in white: three white leather sofas, a white leather bar (even though she didn’t drink), and, of course, white carpeting. Around the perimeter were statues: a tiger, an elephant, a giraffe. There was also plenty of glass. The record player had glass doors, and there were two glass tables. Not long ago, there had been three glass tables, including one with a zebra statue atop it. Then one day, her younger son, Jamel, had decided to play cowboy, jumped on top of the zebra, and crashed through the glass.

Friends had warned her about decorating her apartment with so much glass when she had four young children, but she hadn’t listened. She thought her home looked glamorous. Anyone who saw a photograph of it certainly would not think she was broke, and that was precisely the point. Reality, of course, was a different story. Her apartment was located in the Wagner Houses, a large city housing project in East Harlem. Her rent was only $127, but she scrambled every month to make the payment.

To support her family, she collected welfare and worked off the books at a beauty parlor. Some nights she also poured drinks at a local bar. Still, the cost of caring for her four children—of buying food, clothes, and diapers—regularly exceeded her income. She got a little help from her boyfriend, Nathan Brooks, the father of her two daughters, but he was often in jail. As for the carpet and furniture, she hadn’t actually paid for them all by herself. She’d had them on lay-away for almost two years, then convinced her best friend, a drug dealer named Littleboy, to pay the rest of the bill.

Every year, her scramble for money intensified in the weeks before Thanksgiving. Today was November 8, 1983; Thanksgiving was only sixteen days away. Organizing a huge feast was a Bartlett family tradition, and this year she wanted to invite everyone over to her place. Now that she had all this new furniture, she was eager to show it off. The party promised to be expensive, but in recent weeks she had stumbled upon a plan to earn some extra cash.

All weekend long, Nathan had told her that her plan was a mistake. “It doesn’t sound right,” he’d said over and over. But now she did not have time to discuss the matter anymore. She dressed her daughters, three-year-old Satara and one-year-old Danae. Then she took them over to Nathan’s mother, who lived next door. Her sons, ten-year-old Apache and six-year-old Jamel, were already at her own mother’s apartment downtown. It was nearly 8:00 a.m.: she had to hurry. As Nathan watched, she grabbed her pocketbook and marched out.

Most mornings, she headed to work, walking north three blocks, then west on 125th Street until she reached the 125 Barber Shop and Beauty Shop. Often she had at least two children with her. She could never make it down those four long blocks on 125th Street without sparking a small commotion. “Hey, Big Red!” the country boys would shout when she strolled by, “See her calves? She got good strong calves. She’s a breeder. She can have some more kids. She ain’t finished yet.”

The men on the street always called her “Big Red”—the same nickname they gave every big-boned, light-skinned woman. The name stuck. Everyone at the beauty parlor called her Big Red, too. All day long, customers appeared in the doorway and asked, “Is Big Red in?” Fou barber chairs filled the front of the shop, and a row of shoe-shine stands lined one wall. Elaine’s customers knew that to get to the beauty parlor, they had to walk through the barbershop and into a back room.

She had been working here for nearly nine years, though she did not have a hairdresser’s license. She rented a booth for fifty-five dollars a day, then kept everything else she earned. On a good day, she left with two or three hundred dollars.

While she worked, her children played at the arcade next door, with the older children minding the younger ones. Whenever they needed more quarters, they sprinted through the barbershop to find her. And whenever she got a break, she went next door, joining them in a game of Pac-Man or Frogger.

The barbershop was always buzzing with the news of the day. Nicky Barnes, the notorious drug kingpin, had been testifying recently in court, squealing on his former business partners. One year earlier, the movie 48 Hours had opened, and some people were calling Eddie Murphy the new Richard Pryor. And now Jesse Jackson had just announced that he was going to run for president. To most people here, he was far more appealing than the current crop of politicians: Mayor Koch, Governor Cuomo, and President Reagan.

Like many businesses along 125th Street, this barbershop was a magnet for anyone trying to make a dollar. Numbers runners stopped in all day long, taking bets from employees and customers alike. Boosters parked a van out front and walked in with armloads of stolen goods: sneakers, boots, underwear, cosmetics, socks, radios, even slabs of meat. Elaine rarely had to go shopping anymore; everything she needed, she could buy here for discount rates.

Almost everyone who came into the beauty parlor was black. One of the few exceptions was Charlie. He was the friend of a coworker, and he stopped in all the time. Elaine figured he had some sort of hustle, just like everybody else. Maybe he was a numbers runner; maybe a small-time drug dealer. She had seen him at parties, and he was always getting high. Although she’d known him for only a few months, she considered him a friend.

Charlie knew Elaine was always looking for a way to make some extra money. Four days earlier, at 10:30 on a Friday evening, he had visited her apartment to talk about a deal he wanted her to do for him. While her boyfriend Nathan was in the back room, Charlie had spelled out his plan. He knew a couple of people in Albany who wanted to buy a package of cocaine, but they didn’t want to come to New York City. If she carried the package to Albany, a two-and-a-half-hour train ride away, he would pay her $2,500. The way he described it, the plan sounded perfectly simple.