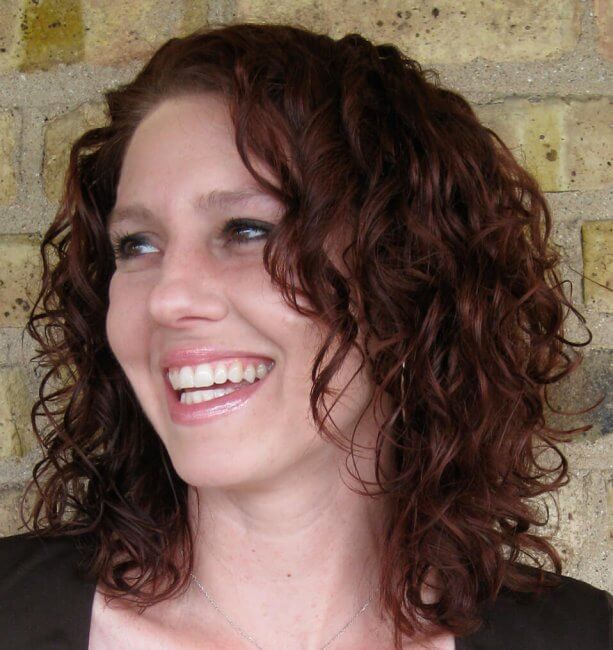 I read Bone Gap in a single night. I didn’t intend to, I just couldn’t put it down. I maneuvered between four different positions on my couch, refusing to stop reading just because my neck hurt, or I had to “wake up in four hours.” When it was over, my eyes scanned the chairs and shelves of my living room trying to figure out what had moved, because I knew something was changed.

Laura Ruby’s Bone Gap opens on a Midwestern town where a girl — Roza — has been kidnapped, and a boy — Finn — is the only witness. Finn cannot successfully describe the kidnapper, so he places the blame of Roza’s disappearance on himself. We follow each of their perspectives, the mystery unfolding with a much larger cast of characters in the town. What seems to be a story of a kidnapping turns into something far more unusual, and ultimately becomes a moving meditation on seeing others and being seen. 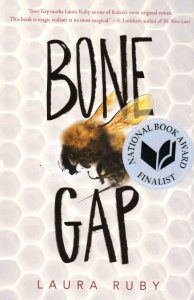 Tim Manley: Bees and the organization of their community figure prominently in Bone Gap. What do you find most compelling about bee life?

Laura Ruby: Since I was a kid, I’ve been obsessed with all sorts of insects—praying mantises, beetles, dragonflies, butterflies—but bees are particularly fascinating to me, not least since bee colonies are primarily made up of sisters (okay, half-sisters) that cooperate in the care of the young, in cleaning the hive, in foraging for food, and the defense of the nest.  But I’m mostly fascinated with bees because bees dance to communicate where their sister bees might find the best flowers. The dance tells other foragers the distance and direction to the food source.  No matter how many times I’ve read about the science behind the dance, there’s something profoundly magical about it.

TM: Bone Gap draws on the Greek myth of Persephone, but also creates its own mythology. Corn whispers and rivers are more than just rivers. Can you tell us about any songs, books, or memory-moments that helped you uncover the mythology of the Midwest?

LR: I moved from the East Coast to the Midwest a long time ago and it was a much more difficult adjustment than I ever thought it would be. (I didn’t realize I was actually from somewhere until I left.) In some ways, I’ve been trying to figure out the Midwest ever since I arrived. Why do people wear so much flannel? Why is everyone so nice? What is with this Cubs obsession?

I remember doing a lot of school visits in downstate Illinois, which meant I spent hours driving by myself through the cornfields. I was almost hypnotized by those cornfields, by the sound of the wind rustling through the stalks, the sight of those walls of green rising up on either side of the car. A great number of the kids I met on those visits were from farming families; one absurdly polite sixth grade boy had plans to study agriculture at the University of Illinois and take the knowledge back to his family’s business. He was so sweet and so young, so fine and upstanding, and so certain of his own future. I was confounded by this kid, but also fascinated. What was it like to grow up in the middle of those cornfields with the corn whispering at you all the time? What was it like to be so absolutely certain of your own future? So sure of the world and your place in it? How would a boy like that handle himself when he finds out that the world isn’t what it seems to be? That he, himself, isn’t?

But I’d have to say that I wasn’t thinking about the mythology of the Midwest in general as much as the mythology of one particular town in the Midwest. Bone Gap is a love letter to and a fairy tale about this single fictional town nestled in the corn.

Bone Gap is a love letter to and a fairy tale about this single fictional town nestled in the corn.

TM: The novel is written in the third person, and we begin closely tied to the perspectives of Finn and Roza. As we go on, we’re given chapters focusing on other characters. Was this always the organization of the book? Why decide to bring those perspectives in when you did?

LR: The organization of the book changed a lot over time. First of all, there were originally many more points-of-view, including the POV of Roza’s grandmother, Babcia; the Scarecrow; Calamity Jane (Finn’s cat); and one of Petey’s beehives.  I cut some of these chapters and others to streamline the narrative and then arranged and rearranged the rest many times over. Roza’s chapters in particular got a lot of attention because her storyline is shaped more like a corkscrew, with the inciting incident occurring two-thirds of the way through. I wanted to make sure that this storyline was as clear and tense as I could make it, while still preserving a lot of the mystery surrounding her character up front.

I also wanted to surprise the reader at key moments in the plot. For example, just when you think Sean is another stoic, beefy, hero-type – strong and silent, the kind of guy who might swoop in and save the day because that’s his job – you get his POV, and see how damaged and heartbroken he is, and realize that this is not necessarily the person you can rely on to save anyone, least of all himself.

But the bottom line: I’m simply not as interested in writing from one point-of-view, or in a linear fashion. Most of my books are multi-vocal in some way, and have flashbacks and, sometimes impossible, flash-forwards. That’s because I don’t feel like I live in any one particular moment. I’m writing the answers to these questions right now, but I’m also thinking about other questions I’ve answered, past interviews I’ve given last week and ten years ago, the new book I’ve just finished, other books I want to write, etc. My brain hops all over the place and I’ve learned to let it. Revision, for me, is a matter of wrestling my narrative into some semblance of emotional, if not temporal, sense.

All my main characters come to subvert the expectations forced upon them by a sexist culture.

TM: You’ve mentioned elsewhere that an earlier draft of the novel had less magic. How do you successfully build a world that succeeds in being both believably real and magical?

LR: I would say that I didn’t layer magic on top of the narrative as much as uncover the magic already inherent in the story; the more I dug into the setting and into the characters, the more magic I found.

As for how one builds a world that is both believably real and magical, well, I wonder if you have to believe at some level that magic is real, like the dance of the bees.

TM: How is Bone Gap dismantling the patriarchy?

LR: Hmmm. I’d say that Bone Gap explores the damage done to both boys and girls under a patriarchal system. The O’Sullivan brothers, Finn and Sean, are both held to ridiculous, hyperbolic standards of masculinity, and ultimately, both of them find it impossible to conform to them. (Finn because of his general dreaminess and prettiness and his passion for an extremely unconventional looking girl, Sean because he simply can’t be everyone’s hero the way he’s expected to be).

And because beauty is the only real worth a girl has in this world and in the world of Bone Gap, my female characters, Roza and Petey, are judged by appearances alone. But Roza refuses to overvalue her own preternatural beauty in the way that the men around her seem to; what she loves most about herself isn’t her face, it’s her own competence. Petey, a girl who has been deemed ‘ugly’ by her community, has the temerity to see herself as interesting and unique, even beautiful, despite what she’s been told over and over again.

So, all my main characters come to subvert the expectations forced upon them by a sexist culture. Had I set out to do this up front, however, said to myself, “I will now commence to write characters that subvert sexist expectations and/or dismantle the patriarchy” I would have ended up with something clunky and obvious. (Which is not to say that works of art aren’t/can’t be inherently political, just that I don’t begin with these ideas; they are simply part of my worldview and permeate the stories I tell). In any case, I set out to write a book about love and bees, kittens and monsters. Worked out better for everyone.

Tim Manley is the writer and illustrator of Alice in Tumblr-land: And Other Fairy Tales for a New Generation, and the co-writer of The 10 Letters Project. His one-person show,Feelings, debuted this year at the New York International Fringe Festival. He is online attimmanleytimmanley.com.