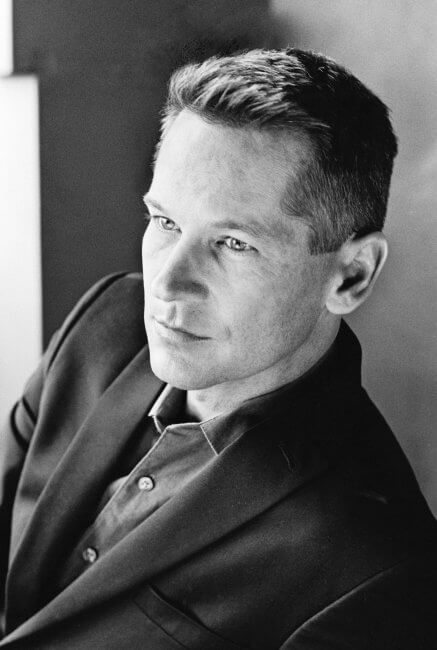 What most excites me about Patrick Phillips’ work is its universality—the intersection of experience between Phillips and his reader; that we be transported to places both recognized and unrecognizable. This connection between writer and reader reminds me that poetry is part of an ongoing conversation, a complicated inquiry into what it means to be human. The poems in Elegy for a Broken Machine are no exception. In each, Phillips articulates the terror and beauty of which we are all made.

Patrick Phillips is the author of three books of poetry: Boy, Chattahoochee and, most recently, Elegy for a Broken Machine.  His non-fiction book Blood at the Root: A Lynching, A Racial Cleansing, and the Hidden History of Home is forthcoming from W. W. Norton. Phillips lives in Brooklyn and teaches at Drew University.

Nicole Sealey: Of the three collections, which are you most proud of? How are they different one from the other? How are they similar?

Patrick Phillips: This is one of those questions to which the wise man answers, “I love all my children equally!”

I think the books have a lot in common, in that I continue to be fascinated by families and the blessing and burden of being kin. But I have also gone from being a very self-consciously southern writer to embracing my life in Brooklyn, and looking at that world with the same fascination and love I feel for the north Georgia mountains.

I’ve also tried, at least, to broaden my reach, and let a wider spectrum of experience and language into the poems. I’ve tried to go to school on poets like Shapiro, Clifton, and Levis … on just how much of the messy, mixed, glorious and mundane world comes flooding into their poems, and just how defiantly they reject the “poetic.”

NS: Who do you imagine Elegy for a Broken Machine in conversation with?

PP: I think about who might be on the other end of the line, if a poem is lucky enough to make some kind of connection out in the world.  To me, the book is mostly in conversation with ordinary people—with anyone who has lost someone beloved. I think a few of the poems are also, at the same time, in conversation with poets of the past, like the poem overtly “after” Donald Justice, and the poem to one of my own beloveds, the poet Deborah Digges. But of course they were someone’s mother, father, sister, brother, so I don’t think of the tribe of poets as separate from the tribe of all us poor mortals trying to hold onto what we love, and to endure its loss. That’s all just to say that I hope the book is in conversation with whoever is kind enough to pick it up and, at least for a little while, pay attention to poems that started out as me talking to myself. That others sometimes pause to listen, in the great blur and rush of their own lives, still seems kind of miraculous to me.

[pullquote align=”right” cite=”Patrick Phillips” link=”” color=”#FBC900″ class=”” size=””]I think about who might be on the other end of the line, if a poem is lucky enough to make some kind of connection out in the world.[/pullquote]

NS: Which poem was the most difficult to write?

PP: I am a tinkerer, and write mostly by revision, so all of the poems have been worked over for so long that I have lost track of which ones took longest. I have never overcome my sense of peril when staring at the blank page, and so I tend to compose in sudden bursts, like a kid shoplifting a candy bar or something! I find scraps of paper in my pockets, scrawled with lines I don’t remember writing. Or I rummage through old folders on my computer, and discover abandoned poems that seem to have been left there by someone else. And then I start tinkering and revising, and losing myself in the part of writing that I do love: what the poet Shahid Ali called “the rapture of revision.”

As far as difficulty and emotional weight, the poem about my father’s heart surgery, called “Elegy Outside the ICU” was hard to finish, because I felt even more nervous than usual about getting it right. It makes me think of a line in “Song of Myself” when Whitman says: “I am the man, I suffered, I was there.” I was in the hallway when my father came out of surgery, but I wasn’t the man whose chest was split open, and it wasn’t I who suffered. So I sweated that poem, more for familial than artistic reasons.

NS: In a way you, too, are laid out with your chest split open, your insides exposed.

PP: Yes, I suppose that’s right: publishing a book is a form of exposure, in good and bad ways. The exposure of publication is good, in that it makes visible what is, otherwise, largely invisible in our daily lives. But at the same time, I often feel like I’m drowning in talk, in texts, and emails, and Facebook posts. So I crave not sensational, wildly confessional poems, but quiet ones—poems that turn away from the chatter of the personal. That’s all just to say that I hope the book doesn’t seem mainly about me!

[pullquote align=”left” cite=”Patrick Phillips” link=”” color=”#FBC900″ class=”” size=””]I have never overcome my sense of peril when staring at the blank page, and so I tend to compose in sudden bursts, like a kid shoplifting a candy bar or something![/pullquote]

NS: You’ve said that the elegy is comprised of both lament and praise. Some of the poems in Elegy, however, are either more lament than praise or more praise than lament. Yet, the book is completely balanced. Why do you think Elegy achieves such equilibrium?

PP: I can only hope that your generous reading is right. One of the books that has influenced me most over the past decade is Alan Shapiro’s Song & Dance, which is full of poems about Shapiro’s brother, a Broadway “song & dance man” who died of a brain tumor. And yet, despite that dreary description, the poems Shapiro wrote about his brother are heartbreaking and hilarious—not because Shapiro is going for aesthetic balance, but because the beloved brother Shapiro lost was also, in life, riotously funny. I can only hope that my book achieves some of that kind of balance, because it feels most true. After reading Shapiro’s book, I consciously set myself that task: to stop filtering what was “poetic” enough to be in the poems, and start writing about the whole messy, mutt reality of being alive.

NS: “Spell Against Gods,” one of my favorite poems in the collection, is also one of the only poems that does not speak directly to the helplessness one feels when it comes to death and dying.

PP: I wrote that poem after my father-in-law died, and it ended up as a kind of curse. It is full of rage at all the consolations one is offered, all the supposed balms for grief, like the idea that someone is up there in the heavens looking down on us. Given the suffering his cancer caused, and the arbitrariness of my father-in-law’s death, I felt angry at the suggestion that he died as part of someone’s plan, or because of anything but horrid, meaningless luck. And so, ever rebellious, I wanted to wish that same awful luck on the whole idea of “the gods”—that it be they who gaze up at us, begging for mercy. I admit, it’s a mean poem! But that was another part of grief I didn’t know about: how much anger and resentment is laced in with all the rest.

NS: “Spell” is such a sharp poem. Were there lines in early drafts that did not make the cut? If so, would you mind sharing one? (Note: I may steal it!)

PP: I’m so glad you like that one, and can only hope that the finished poem is indeed sharp. As to the cast-offs, there is always a towering scrapheap of lines and drafts, false-starts and wrong-turns. But I’m afraid that I keep all my old drafts on a secret hard drive, in a broken laptop, locked in a safe, buried at the bottom of the sea!

PP: In my dreams, I’m Jimmy McNulty, and in my nightmares Roland Pryzbylewski. But if I could choose, I’d be Bubbles. He is like the Greek chorus of the show, and comes in not to explain things, but to help us recover after the bleakest, most crushing moments. The Wire is a tragedy and very hard to watch sometimes, but I think Bubbles saves us from despair. He is there to remind the audience that while nobody will be spared, and nobody can win the game, even in that doomed world, there is still kindness, still the small miracle of human love.

Nicole Sealey is the author of The Animal After Whom Other Animals Are Named, winner of the 2015 Drinking Gourd Chapbook Poetry Prize, forthcoming from Northwestern University Press.