The National Book Foundation is pleased to announce the appointment of three incoming members of the Board of Directors today: James Daunt, Chief Executive Officer, Barnes & Noble, Inc., Kimball Hastings, Vice President of Global Communications, Ralph Lauren, and Amandeep Kochar, Executive Vice President and General Manager, Baker & Taylor. With the addition of these new members the Foundation’s Board now stands at 22 governing members.

“We are gratified to welcome three new members to the Board of Directors, who bring with them significant corporate leadership experience as well as a deep commitment to the written word.  We look forward to working with them in support of the Foundation’s mission,” said David Steinberger, Board Chairman.

“All of NBF’s work is done with the aim to reach as many communities of readers as possible,” said Lisa Lucas, Executive Director of the National Book Foundation. “We are lucky to welcome these talented new board members who will have valuable input on broadening the work of the Foundation, will work to secure additional resources for the organization, and can help spread the word about the Foundation’s work to communities far and wide.”

More information on each of the new National Book Foundation board members can be found below.

James Daunt was named Barnes & Noble’s Chief Executive Officer in August 2019. In addition to being CEO of Barnes & Noble, Mr. Daunt also serves as Managing Director of Waterstones, the largest retail bookseller in the United Kingdom. Mr. Daunt currently oversees 627 Barnes & Noble stores in the United States, and 293 Waterstones locations across the U.K., Ireland, The Netherlands and Belgium. Mr. Daunt has nearly 30 years of experience in bookselling. In 1990, after an early career as an investment banker, Mr. Daunt opened his own bookstore in London, called Daunt Books. Daunt Books now has nine locations, mainly in London, and remains independently owned by Mr. Daunt. In 2011, Mr. Daunt was appointed Managing Director of Waterstones when the struggling bookseller was bought by Russian businessman, Alexander Mamut. Waterstones was subsequently restored to profitability, a success that led to the acquisition of a majority stake in the business by Elliott Advisors in July 2018. Elliott acquired Barnes & Noble in August 2019. Besides his successes in bookselling, Mr. Daunt was elected an Honorary Fellow of the Royal Society of Literature in 2017. Mr. Daunt is a graduate of Pembroke College at the University of Cambridge, where he studied history. He is married to Katy Steward and has two daughters, Molly and Eliza. 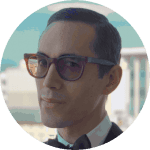 Kimball Hastings is a Vice President of Global Communications at Ralph Lauren, where he currently oversees both Luxury Marketing and Talent Relations Strategy. Prior to joining Ralph Lauren, he spent 5 years at Teen Vogue, first as the Online Editor before rising to the rank of Senior Editor in the Features department. He began his career at Harper’s Bazaar where he collaborated on the launch of the magazine’s first-ever website, ultimately becoming the Online Editor. While interning at Harper’s Bazaar following his graduation from Tulane University—where he was pre-med with a major in English Literature—he also worked at New York City institution Argosy Books, a third-generation family antiquarian bookseller which remains near and dear to his heart. He has also served as the co-chair of the National Book Foundation’s Book Council for the past three years, which is a group of young professionals who support the Foundation by raising money, spreading the word, and helping to support its programming. 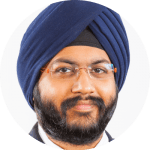 Amandeep Kochar is the Executive Vice President and General Manager of Baker & Taylor, a unit of Follett Corporation and a trusted global source of books, digital content and technologies that help inspire learning and shape education. Aman is responsible for Baker & Taylor’s Public Library Sales, Product & Technology Operations, Customer Service, Content and Strategic Partnerships as well as Baker & Taylor’s international subsidiaries in the United Kingdom, Mexico and Australia, and Baker & Taylor Publisher Services. His responsibilities also include leading joint International Sales and Global Technology operations for both Baker &Taylor and Follett School Solutions, the organization’s preK-12 business. Aman joined Baker & Taylor in 2014 as EVP, Products & Services. Aman’s background is in Education, Media, Entertainment and Technology industries, and prior to joining B&T, he was Chief Product Officer/SVP Product Development with McGraw-Hill. Prior to McGraw-Hill, Aman served in various digital content and sales leadership roles with HCL Technologies, one of the fastest growing technology companies in the world. Additionally, Aman has co-founded and exited a startup focused on career readiness education and training. Aman has an undergraduate engineering degree in computer science and a master’s degree in business administration.