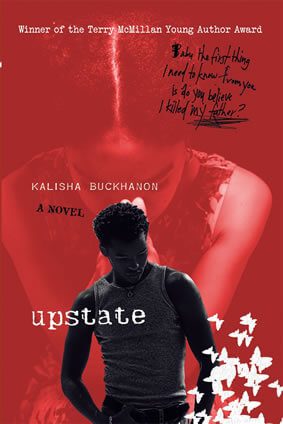 So begins Upstate, a powerful story told through letters between seventeen-year-old Antonio and his sixteen-year-old girlfriend, Natasha, set in the 1990s in New York. Antonio and Natasha’s world is turned upside down and their young love is put to the test when Antonio finds himself in jail, accused of a shocking crime. Antonio fights to stay alive on the inside, while on the outside, Natasha faces choices that will change her life. Over the course of a decade, they share a desperate correspondence. Often, they have only each other to turn to as life takes them down separate paths and leaves them wondering if they will ever find their way back together. Startling, real, and filled with raw emotion, Upstate is an unforgettable coming-of-age story with a message of undeniable hope. Brilliant and profoundly felt, it is destined to speak to a new generation of readers. (St. Martin’s Press, January 2006)

Upstate masterfully takes as its subject a lost world.  It’s a toxic world where incarceration is treated as a rite of passage, one created by all of us but too often ignored by artists.  Kalisha Buckhanon captures it all perfectly.  Antonio and Natasha are indelible and individuated but also tragically emblematic.  And this is the novel’s forceful achievement: that the dirty secrets of this country’s mass incarceration program, the great civil rights malfunction of our time, can feel so lyric and personal. The committee is pleased to draw more attention to this powerful work that highlights the role fiction can play in resisting social injustice.  The book can only further our understanding of the devastating impact decades of illegitimate policing has had and should be required reading for anyone hoping to contribute to meaningful reform.”  — Sergio De La Pava 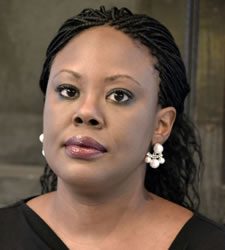 Kalisha Buckhanon is the winner of an American Library Association ALEX Award and Friends of American Writers Award and is most known for her trilogy of novels on Black youth in America: Solemn, Conception and Upstate. Her next novel, Speaking Of Summer, pulls readers into a woman’s quest for answers and justice about her twin sister’s disappearance from Harlem, leading to revelations about their past and history in a Midwest small town. She is also seen on ID Channel, BET and TV One as an expert in true crime cases involving women. Upstate‘s audiobook won an Audie Award in Literary Fiction for Buckhanon and its actors Chadwick Boseman and Heather Simms. Icon Terry McMillan gave Kalisha a Young Author Award at the National Book Club Conference for this modern classic, which remains a favorite of teachers, librarians and youth nationwide. Nominated for a Pushcart Prize and Hurston-Wright Foundation Legacy Award, Buckhanon’s works are seen in Fiction International, Oxford American, Black Renaissance Noire, The Root, SheKnows, Kweli, pluck!, Per Contra, Michigan Quarterly Review and more. In 2005 she was introduced in media such as The Guardian/Observer and Essence, which named her one of “Three Writers to Watch,” and featured on the cover of Mosaic Literary Magazine in 2008. She has a BA and MA in English from University of Chicago with an MFA in Creative Writing from The New School in New York City.