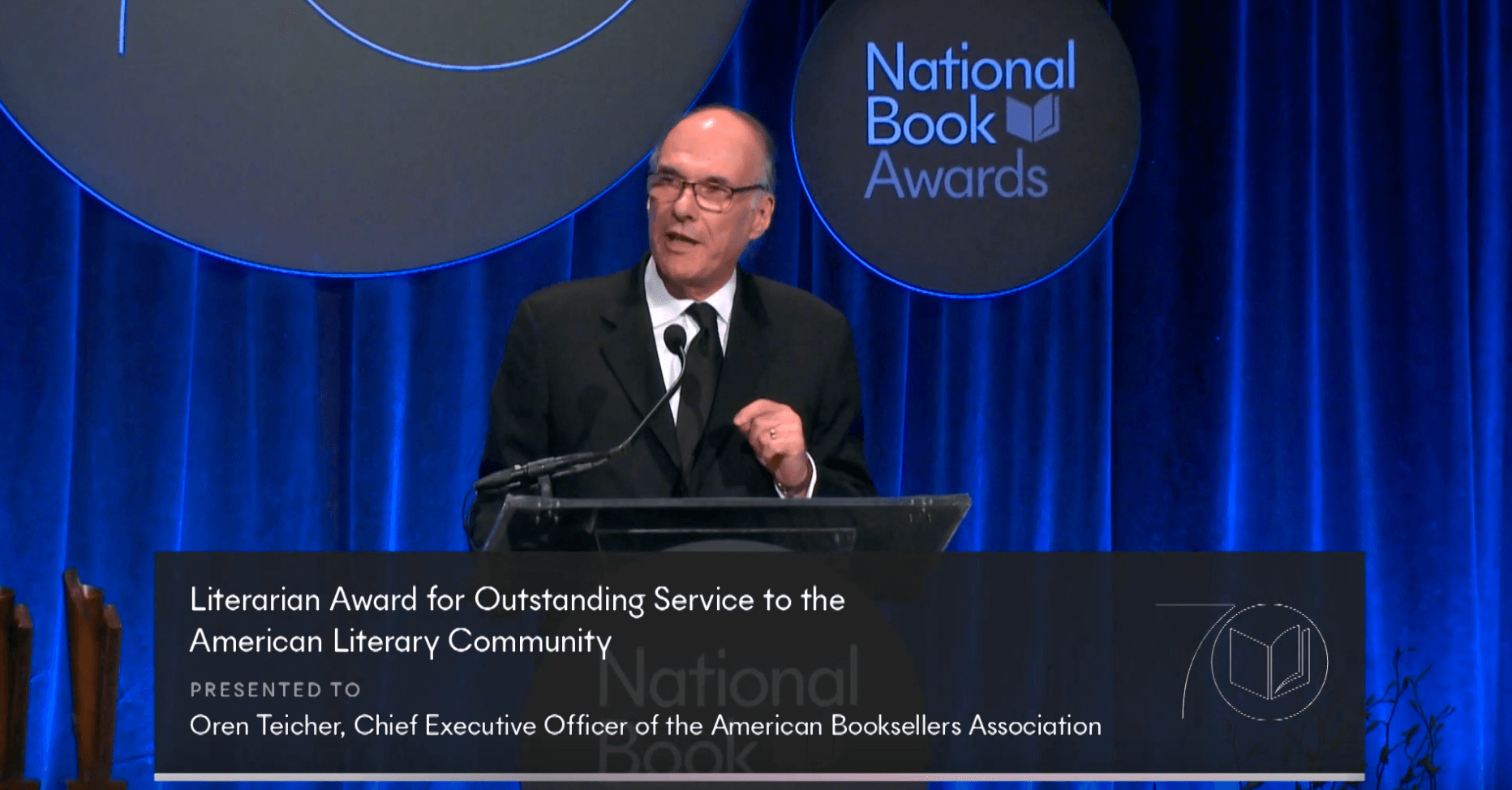 Oren J. Teicher, CEO of the American Booksellers Association (ABA) since 2009, was the recipient of the National Book Foundation’s 2019 Literarian Award for Outstanding Service to the American Literary Community. Recognizing the key cultural and economic role that independent bookstores play in their communities, the ABA provides information, education, business tools, programs, and advocacy for local businesses across the country, working to strengthen and expand independent bookstores nationwide, efforts which Teicher has effectively spearheaded. Appointed to the position of Associate Executive Director of the ABA in 1990, Teicher, who will retire at the end of 2019, has also served as Director of Government Affairs, founding President of the American Booksellers Foundation for Free Expression, and as ABA’s Chief Operating Officer.